
Leave a request
Our specialist will contact you and answer any of your questions
Main — Blog — Guides — iPhone 5S disassembly
 14.11.2018

This article is a competent and consistent algorithm for disassembling and assembling iPhone 5s.
The article is compiled by bgacenter teachers.

Guitar picks and a plastic spatula

We have a classic Apple model – iPhone 5S. In order to disassemble, assemble, replace the case or perform any modular repair, you need to know the sequence of disassembling and assembling the phone.

An important point is to carry out diagnostics or carry out repairs in such a way that new malfunctions do not appear.

Getting started disassembling the iPhone 5S

The first thing to do is to unscrew 2 screws at the bottom of the phone with the Pentalobe screwdriver. 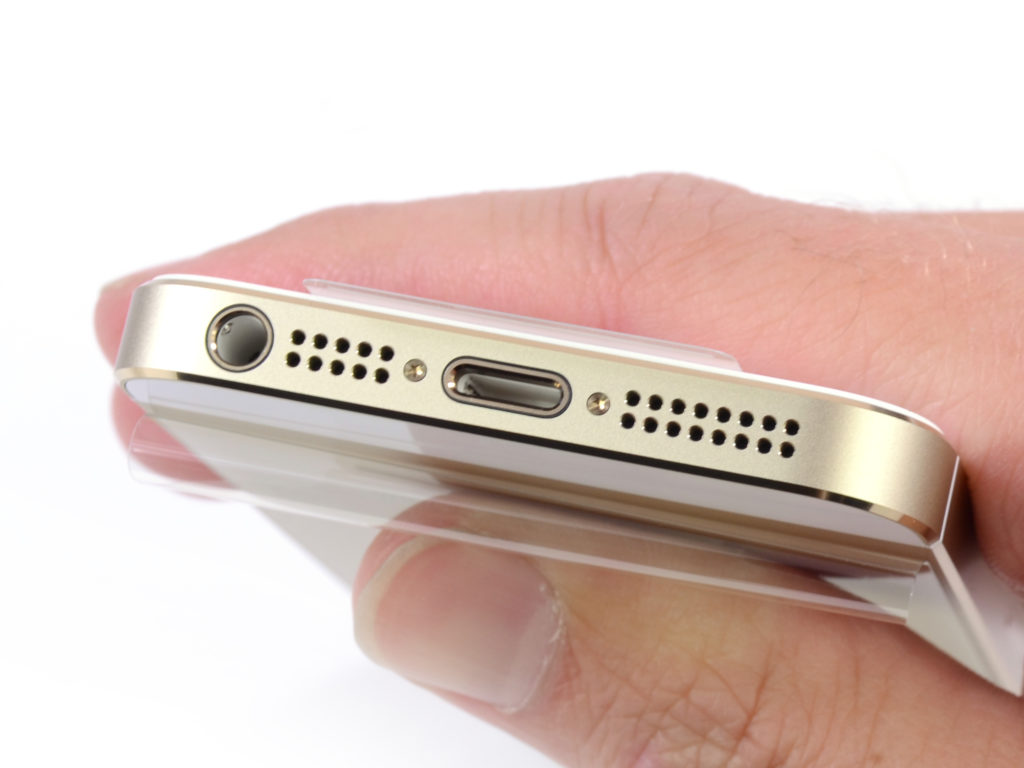 Place the suction cup on the display, in the area of the Home button, and gently pull it up.

Be careful! Don’t make any sudden movements! Remember about the ribbon cable of the Home button, which can be damaged if you pull with great effort. 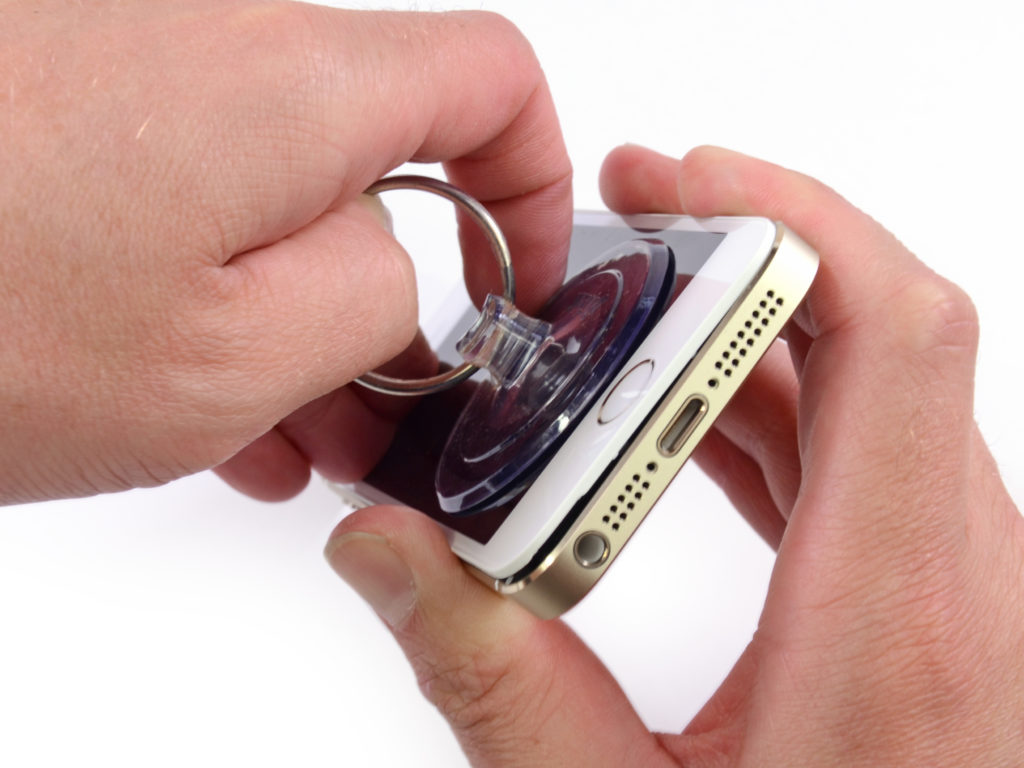 With a plastic crowbar, gently disconnect the display module from the phone case. 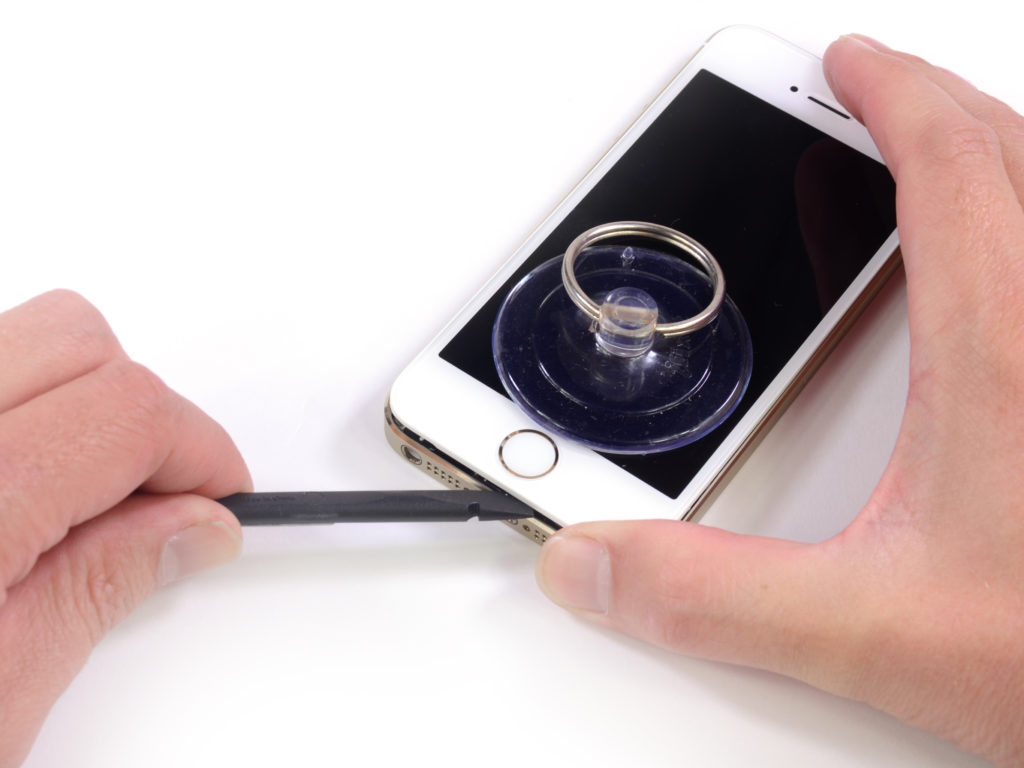 In the photo below, you сфт see the Home button ribbon cable. 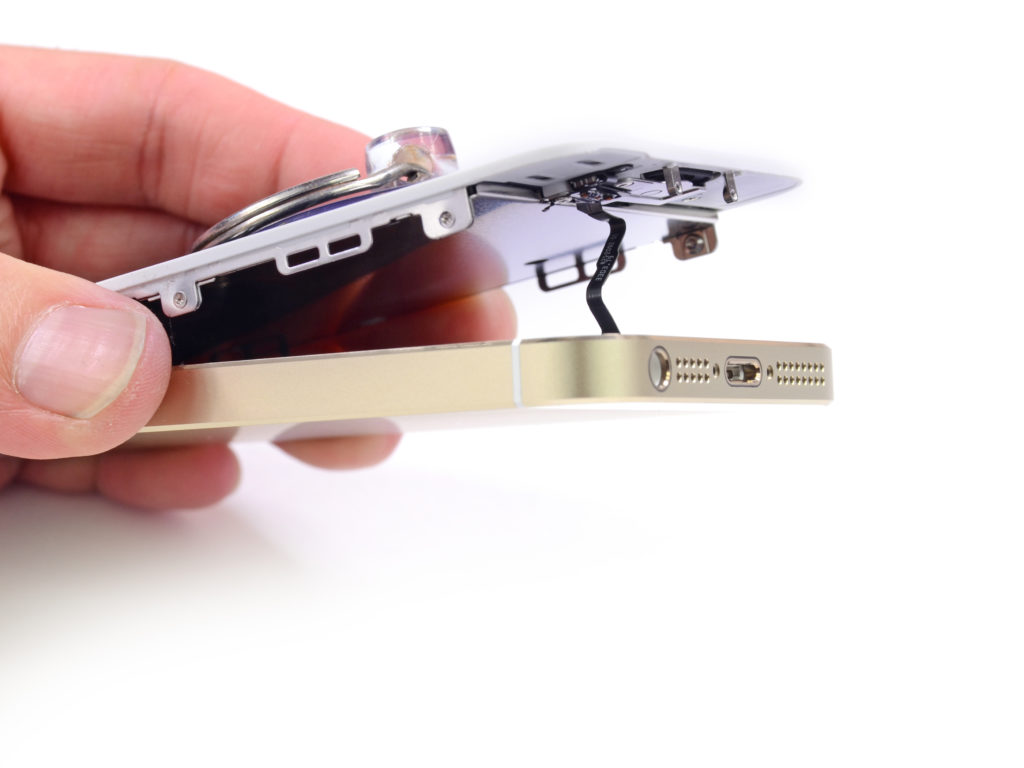 With a plastic crowbar, disconnect the Home button ribbon cable from the connector on the motherboard 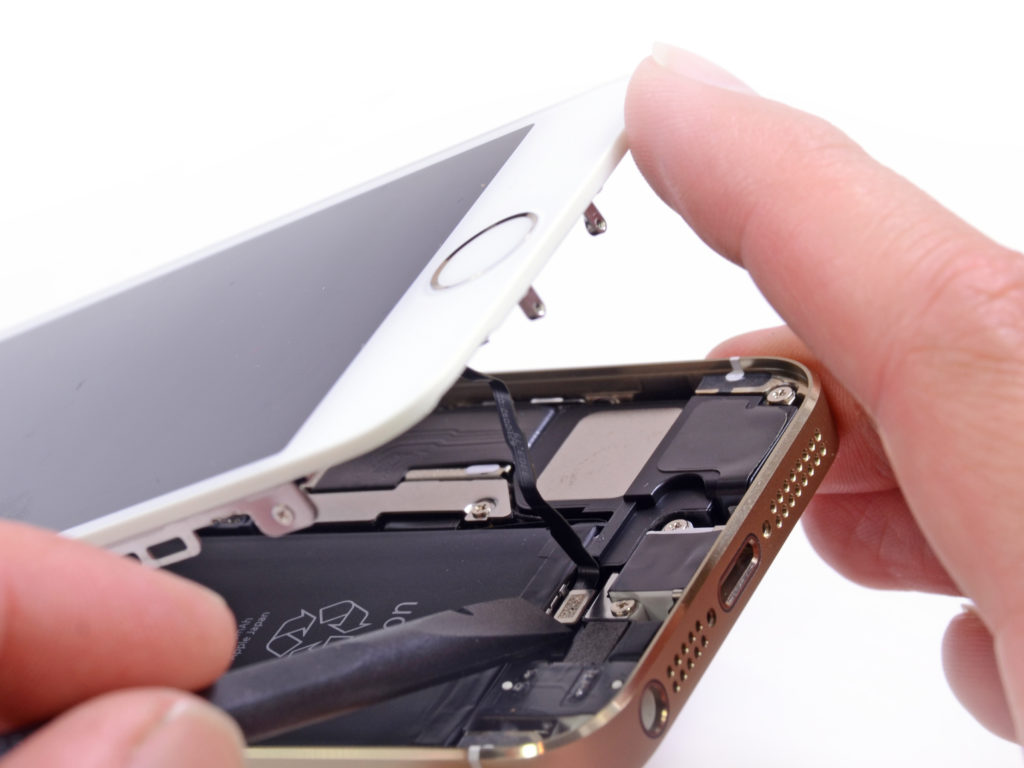 Immediately after the display is “raised”, the first thing to do is to disconnect the battery connector from the phone’s motherboard. Thus turn off the power and “remove” the voltage from the board. Disconnecting the battery is made with a plastic blade. Do not use metal objects for these purposes in any case.

Unscrew the screws holding the mounting plate of the display ribbon cable with a Phillips screwdriver. Place the screws in a strict sequence and next to the element or module in which the screws were installed. Pay attention to this recommendation especially at the initial stage of your training. 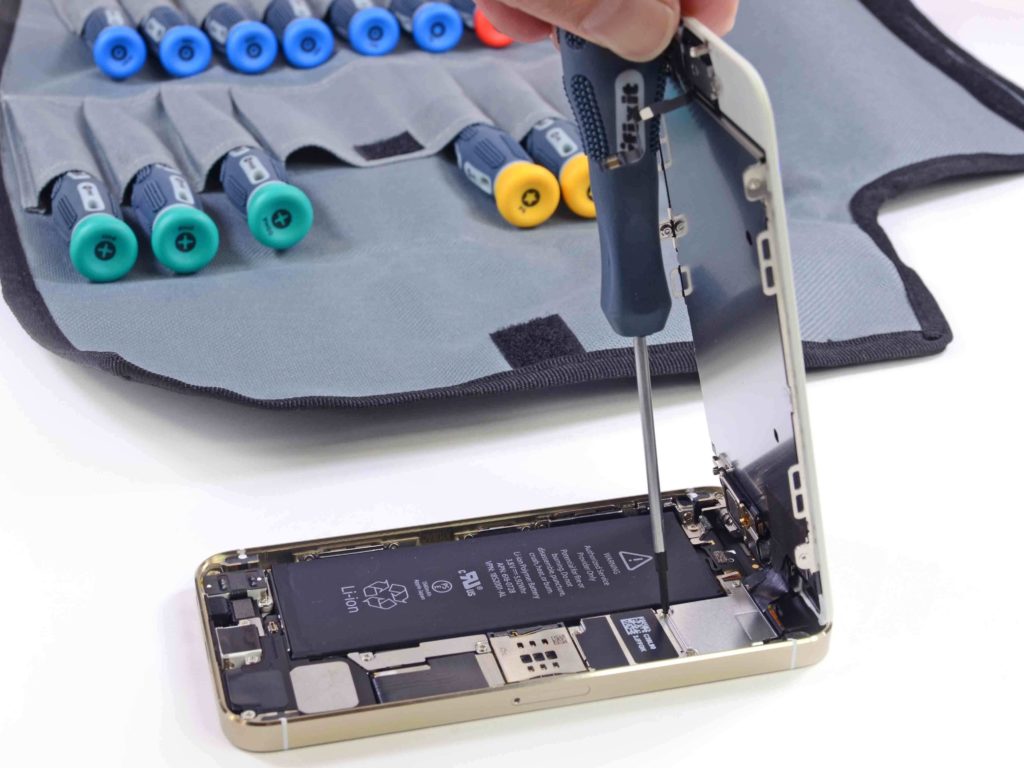 From the side of the volume buttons, disconnect the battery from the case with a plastic blade. 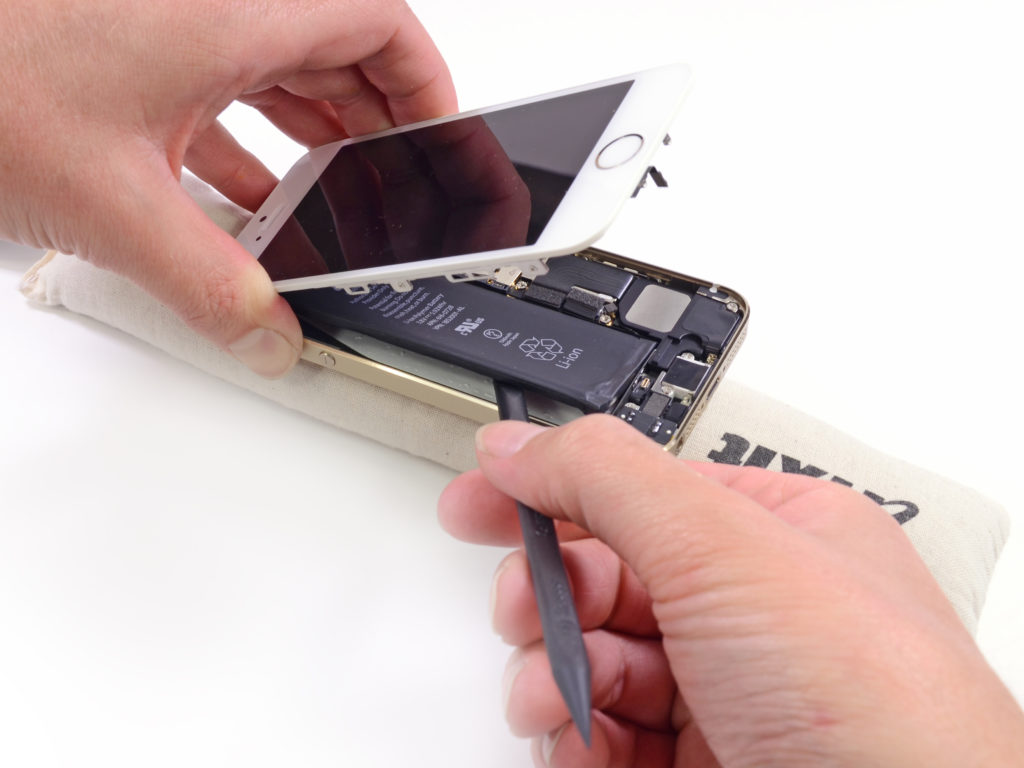 Here is the battery removed from the phone body.

! Attention. In no case do not pierce the battery with a sharp object (screwdriver, tweezers, etc.), it may cause ignition of the battery and fire. 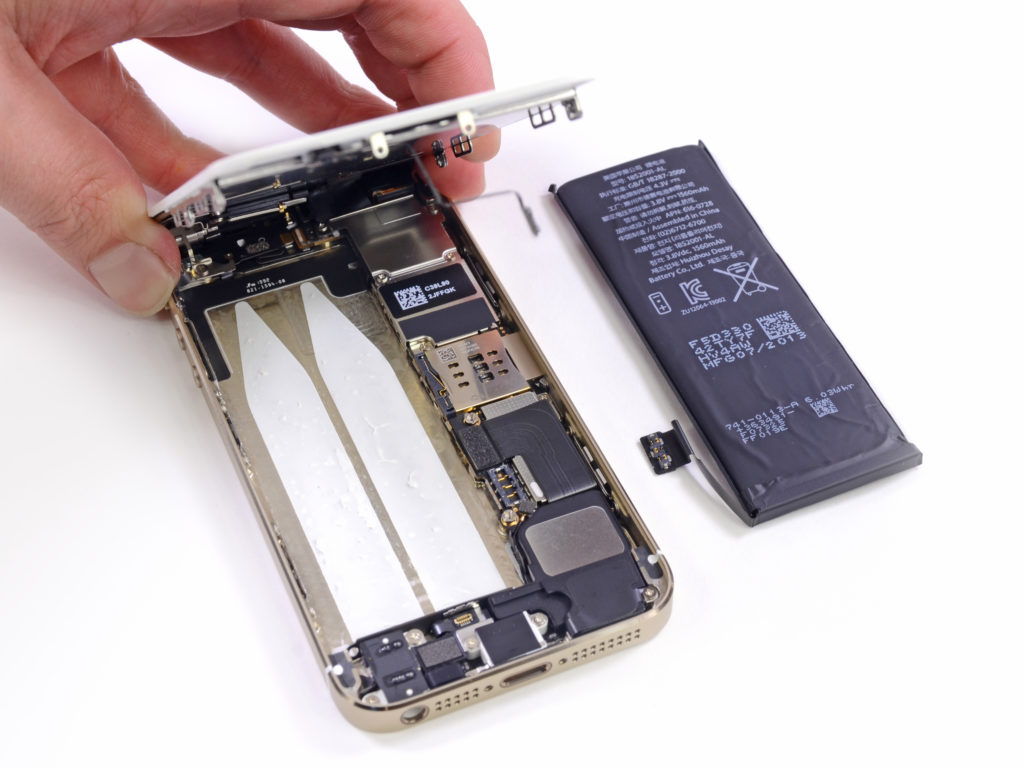 Disconnect the display ribbon cable from the motherboard with a plastic blade. 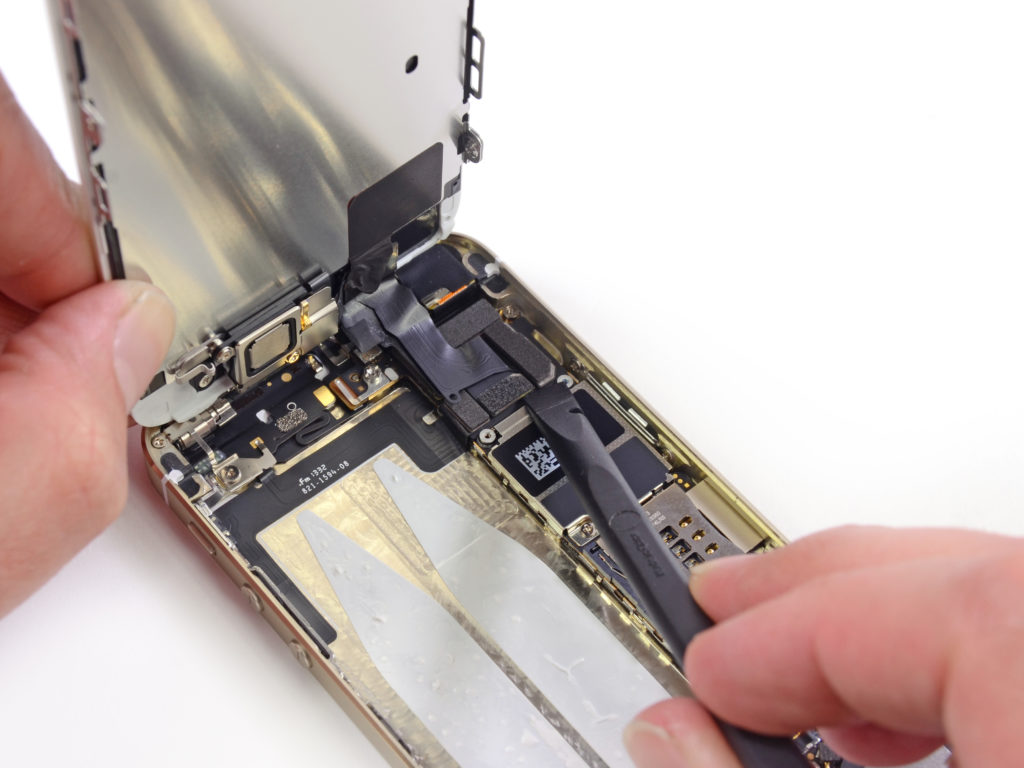 Set the display module aside. 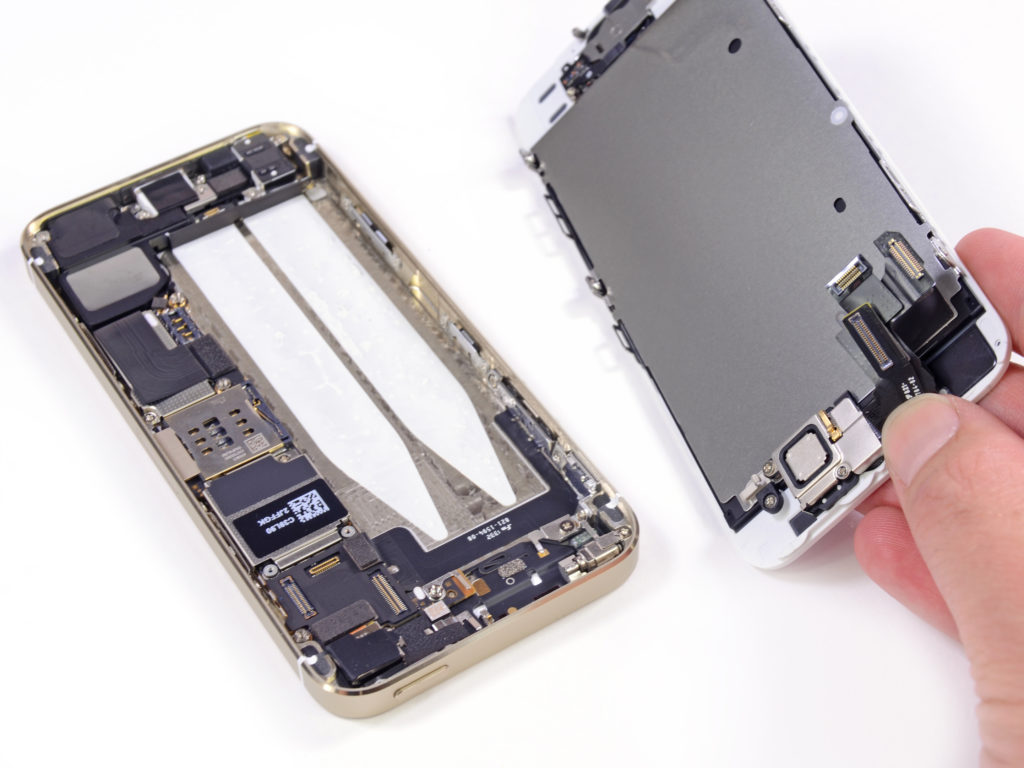 Next, remove the Home button. 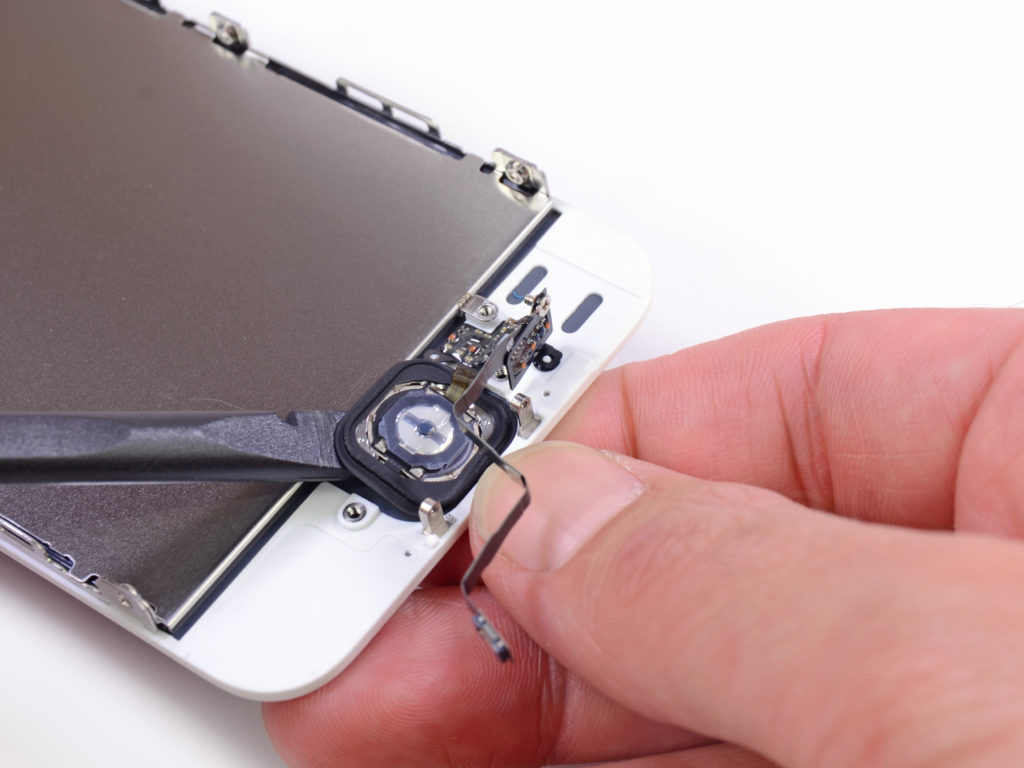 Here is the removed Home button: 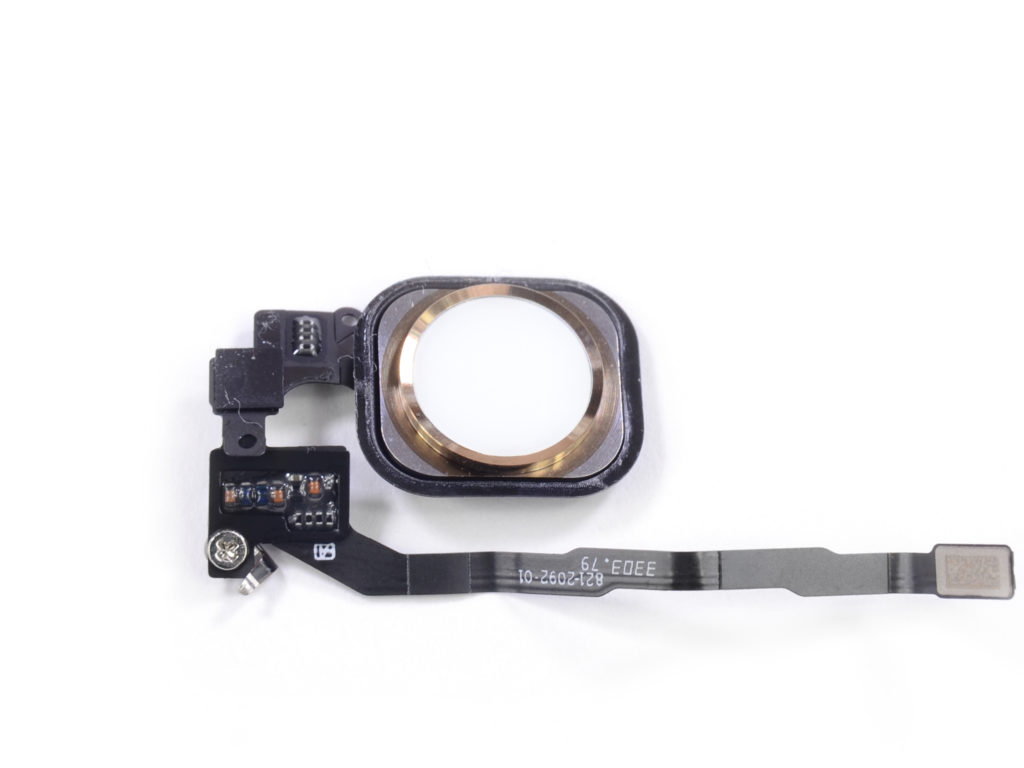 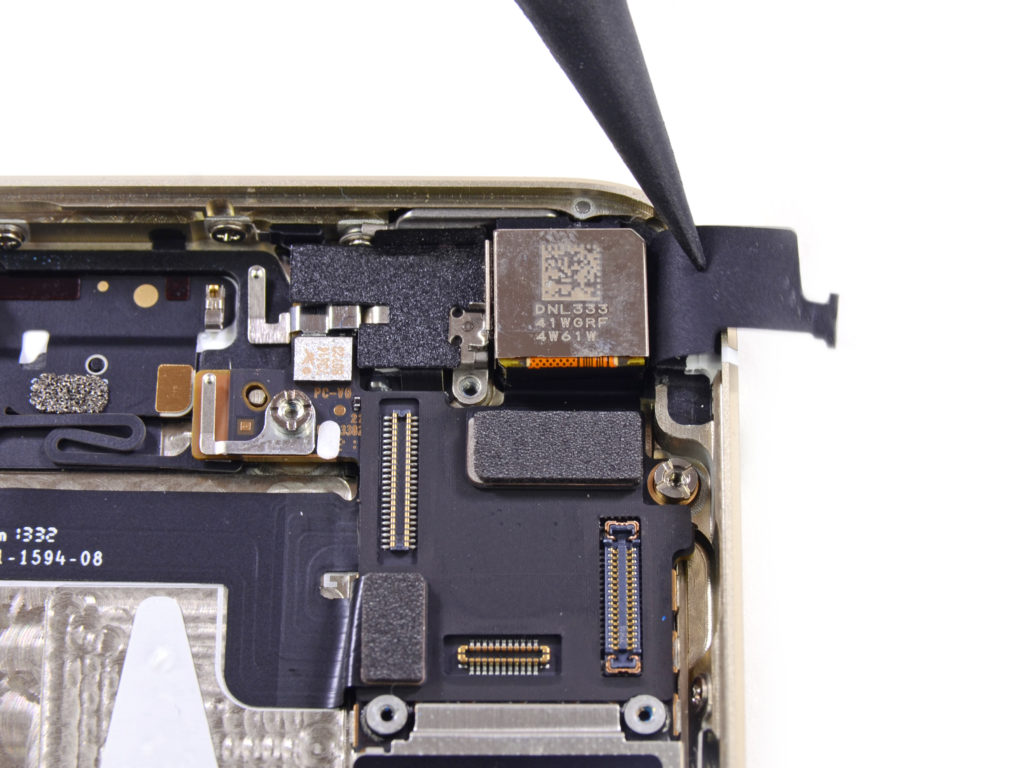 Having previously unscrewed the screws holding the motherboard in the phone body, we take the board out of the phone.

!Attention. Avoid bending and straining the board when disassembling. The board is pulled out of the case easily, without excessive effort. 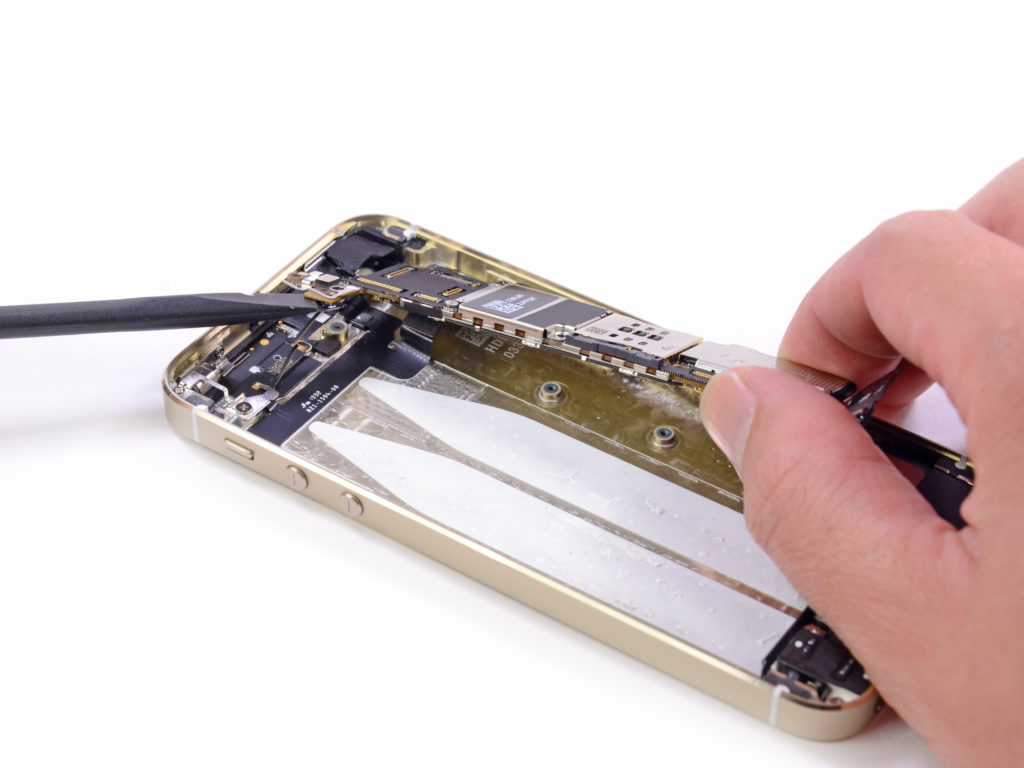 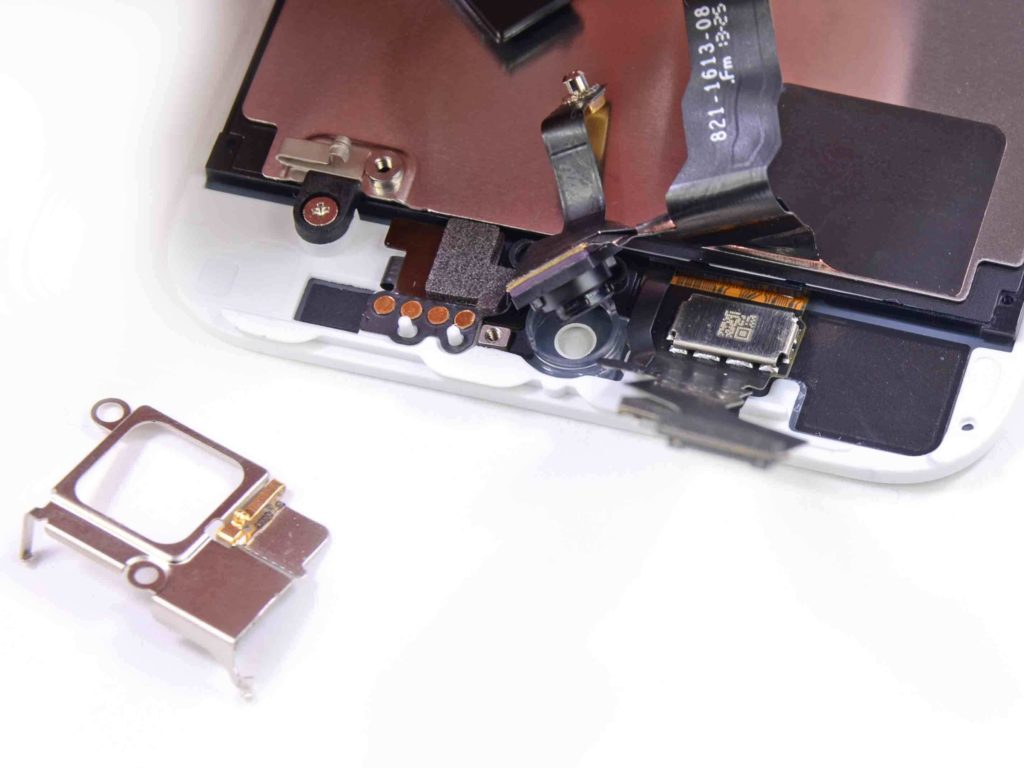 In the iPhone 5S, the front camera is mounted on the display module. 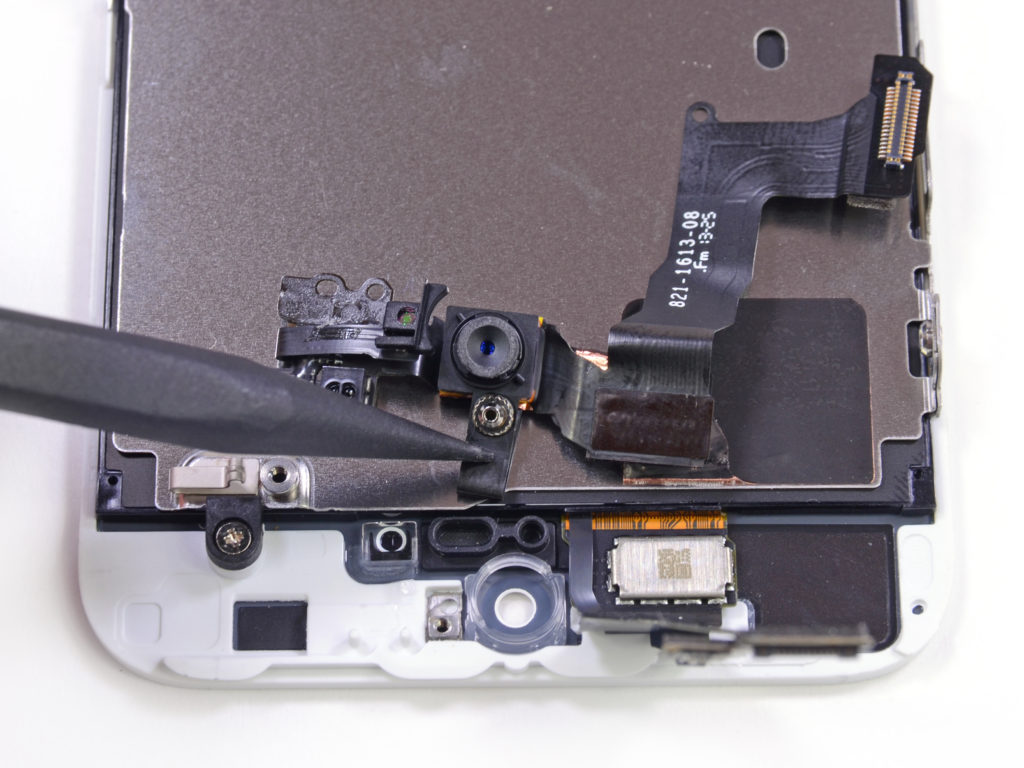 We unscrew the screws holding the charging and synchronization ribbon cable. 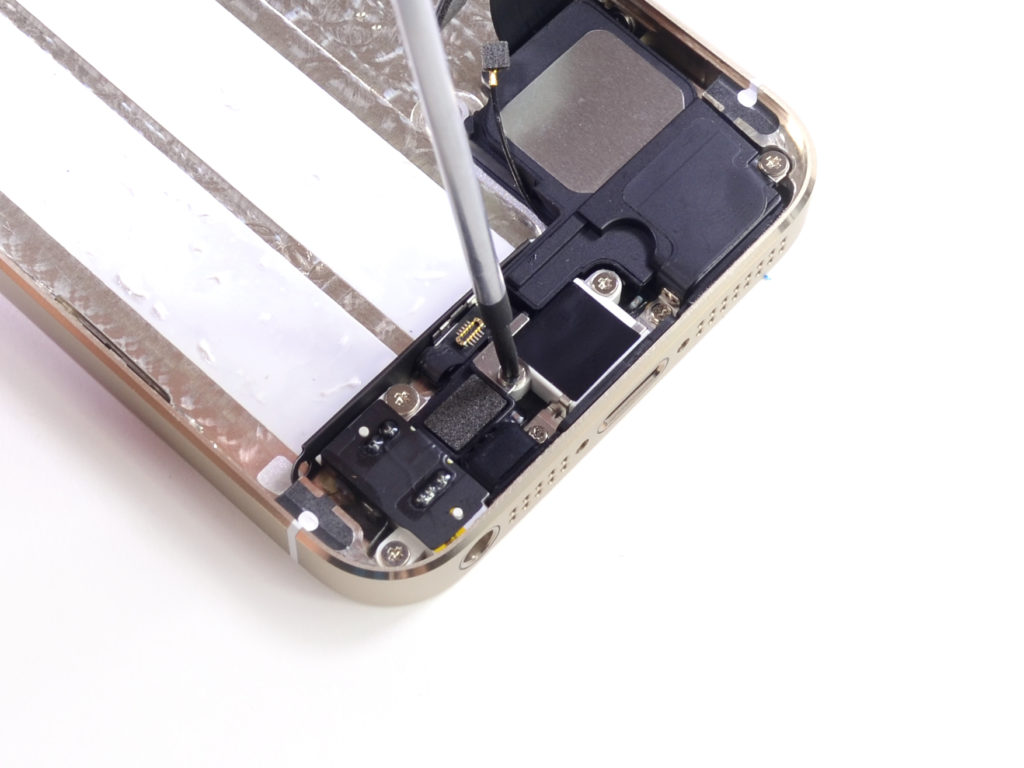 Remove the speaker from the iPhone 5S case. 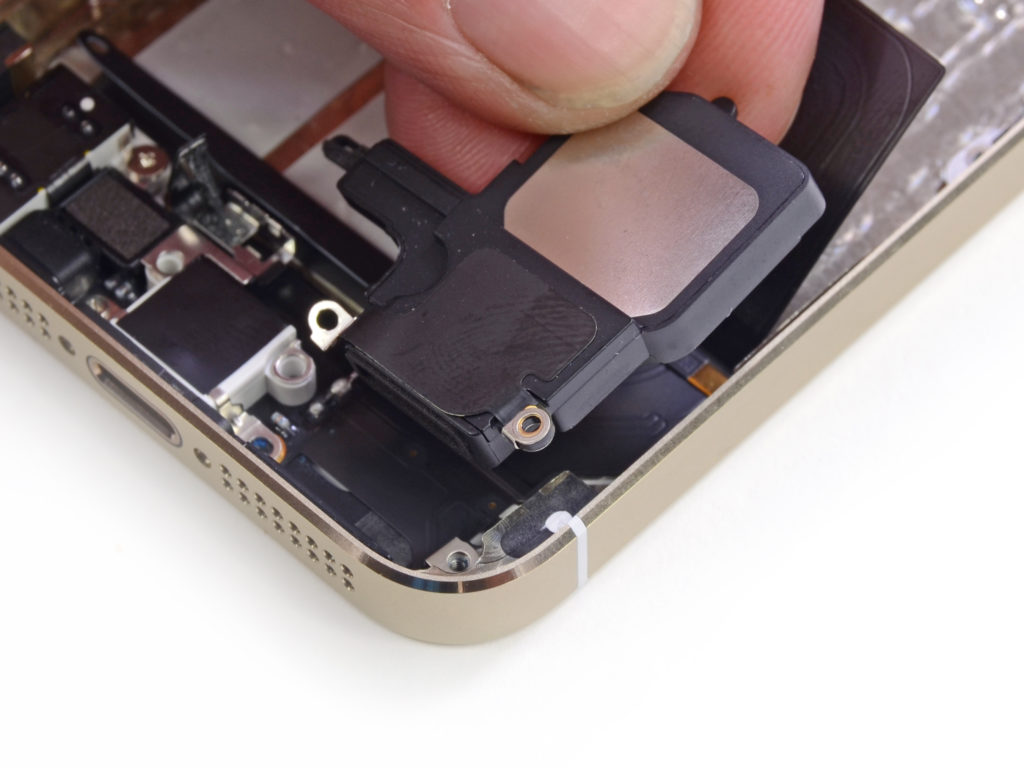 We unstick from the case and remove the charging and synchronization ribbon cable to the side. 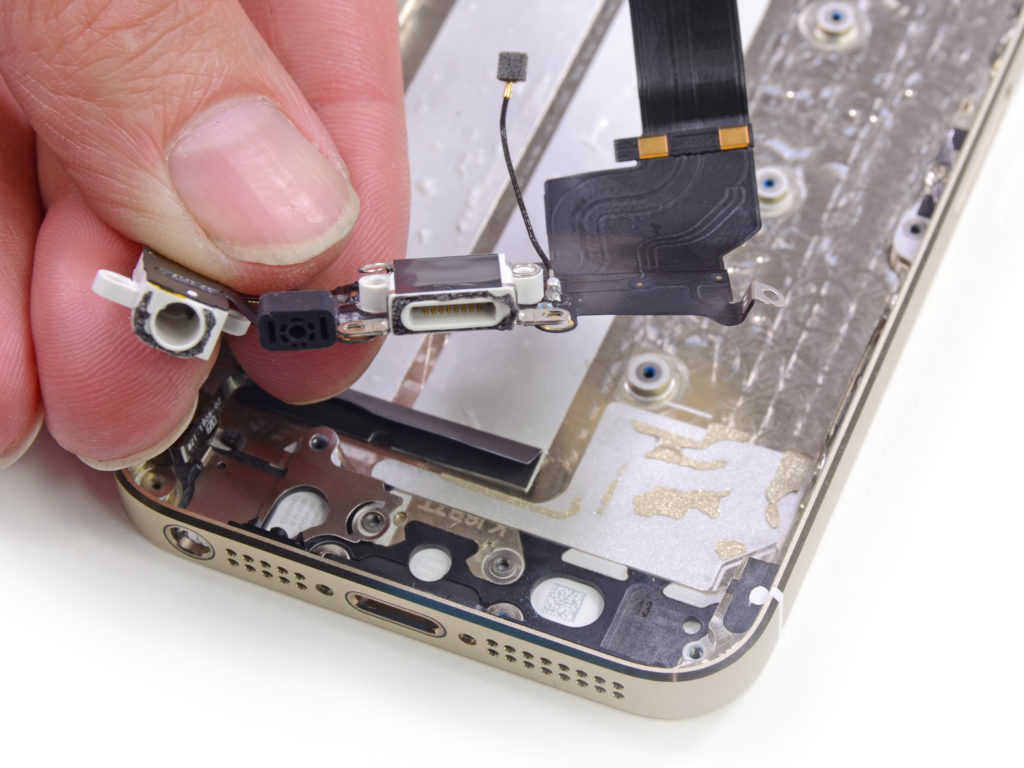 Detach the volume buttons ribbon cable from the body 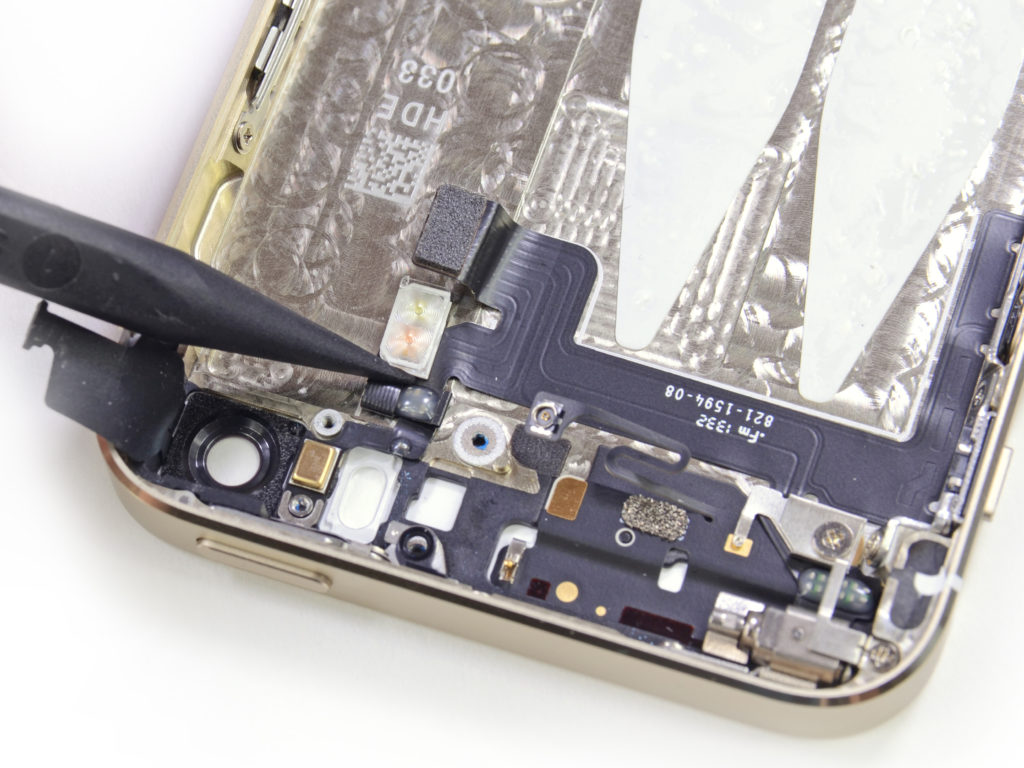 And as a result, we have a disassembled iPhone 5S. 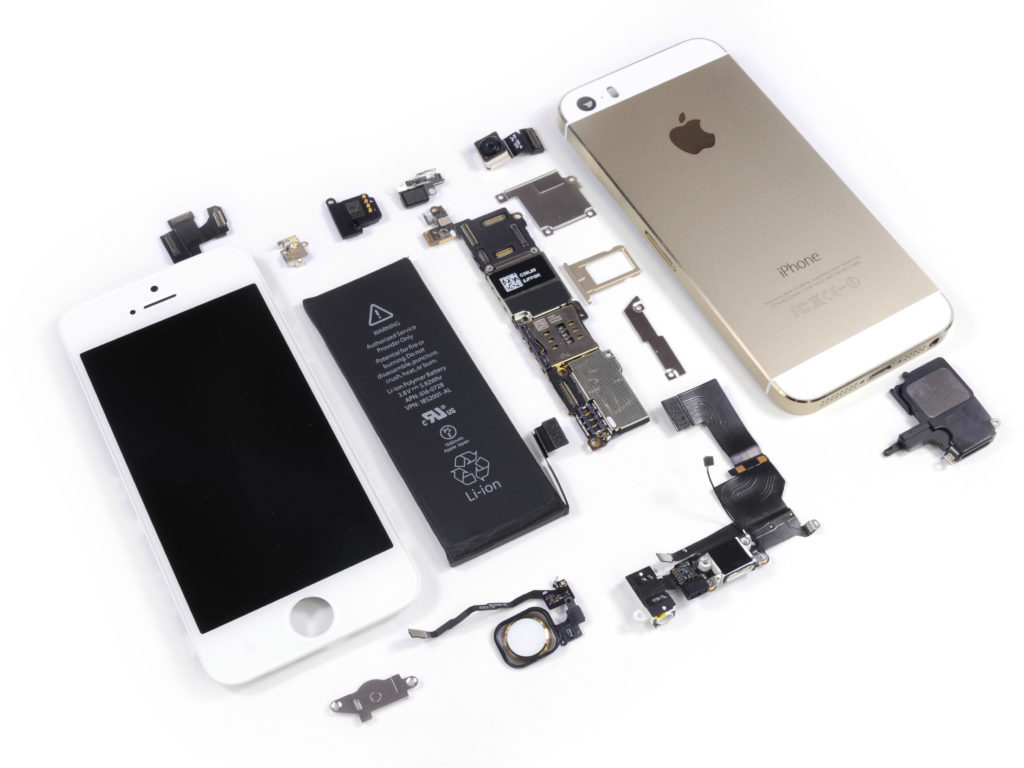 Assembly of the iPhone 5S is carried out in the reverse sequence.