
Leave a request
Our specialist will contact you and answer any of your questions
Main — Blog — Guides — How to disassemble an iPhone 7
 05.02.2021

How to disassemble an iPhone 7

How to completely disassemble the iPhone 7 yourself. How to replace the display module, battery, cables, cameras, phone case at home. All these repairs are described in detail in this manual. Which is designed for students in the Bgacenter Phone Repair program; as well as for all those who are interested in self-repair of Apple equipment. 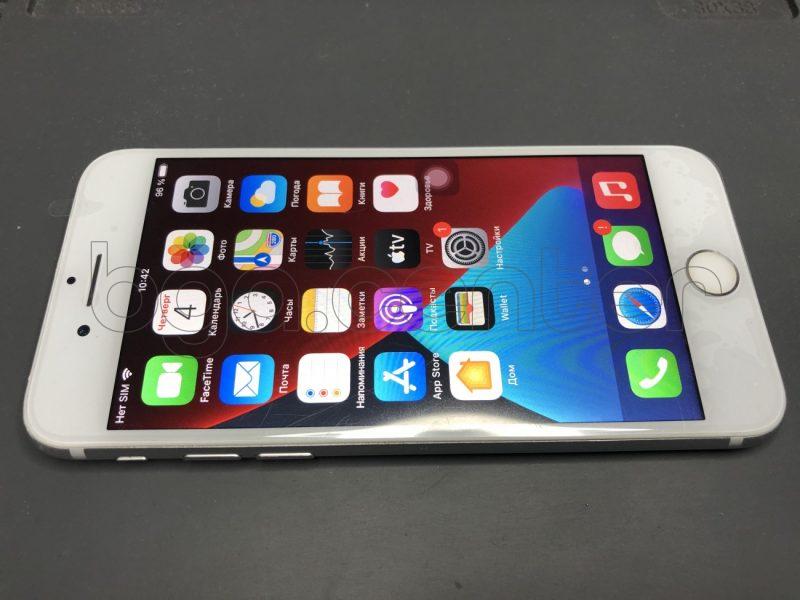 Video of the full disassembly iPhone 7

To prepare the instructions, the original switch-on phone was used. The first thing that any repair begins with is the primary diagnosis.

At the same time, you should pay attention to:

Next, unscrew the Pentalobe screws and install the suction cup on the display, in the area of the Home button.

We carefully use a plastic pick to trace the perimeter of the display, thereby separating the display module from the case. Remember about the U10 chip, which can easily be damaged. 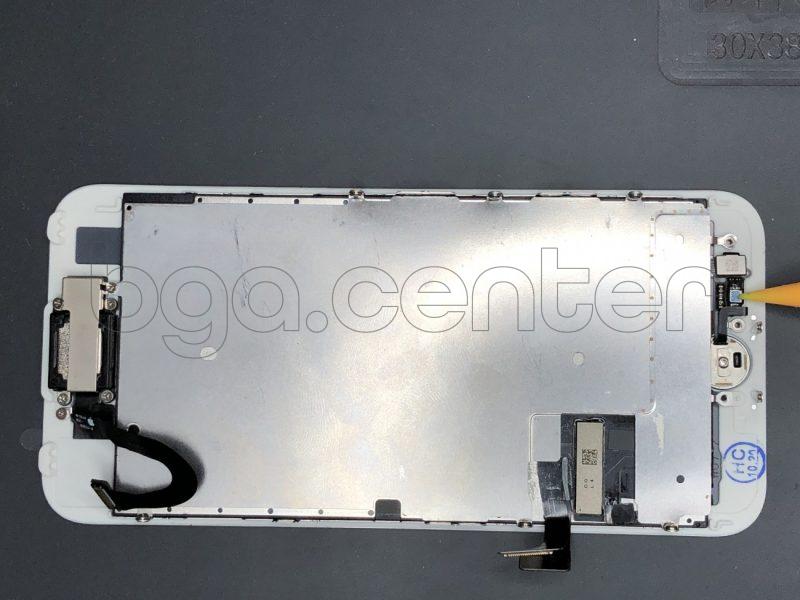 Then you need to move the display slightly down and remove the screen guides from the iPhone case.

Open the display to the right and in order to keep the loops in good condition, install the suction cup and place the display on it. In no case, do not place the display with the connected cables horizontally on the mat. Otherwise, the cables or connectors on the board may be damaged.

When completely disassembling the phone, pay attention to the layout of the screws and components of the smartphone, on the magnetic mat. The correct layout will help to observe the main rule of the master, when performing any repairs, “Do no harm” or do not make it worse.

If the phone has not been opened before, we use a separator for putting up display modules.

Unscrew the lock of the display module and battery cables with a three-beam screwdriver.

Carefully remove the lock to the side and disconnect the battery connector. 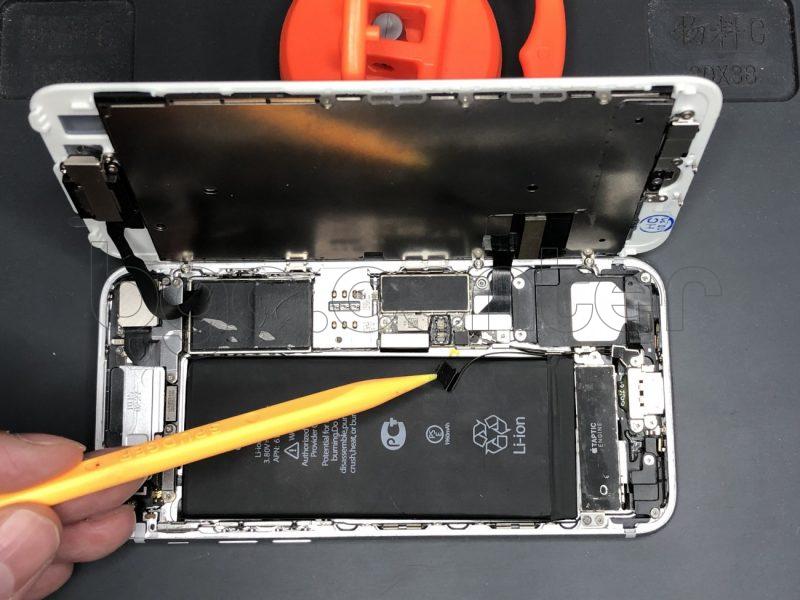 Remember that the primary power circuit is formed when the battery is connected before pressing the power button. Therefore, we use a dielectric object. A detailed checklist for replacing the battery can be found in the article Replacing the iPhone battery.

Disconnect the ribbon cable of the display module 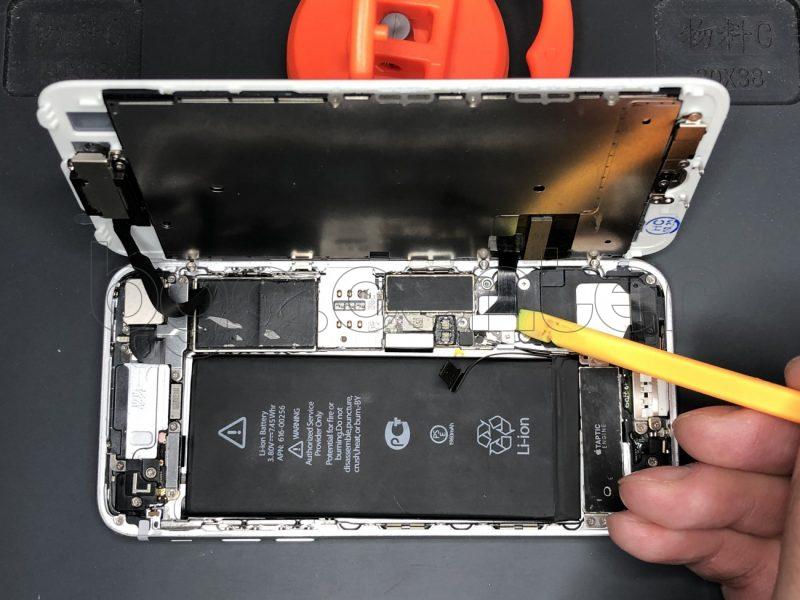 We also disconnect the front camera loop with a plastic spatula.

The display module is removed, now you can proceed to the next stage 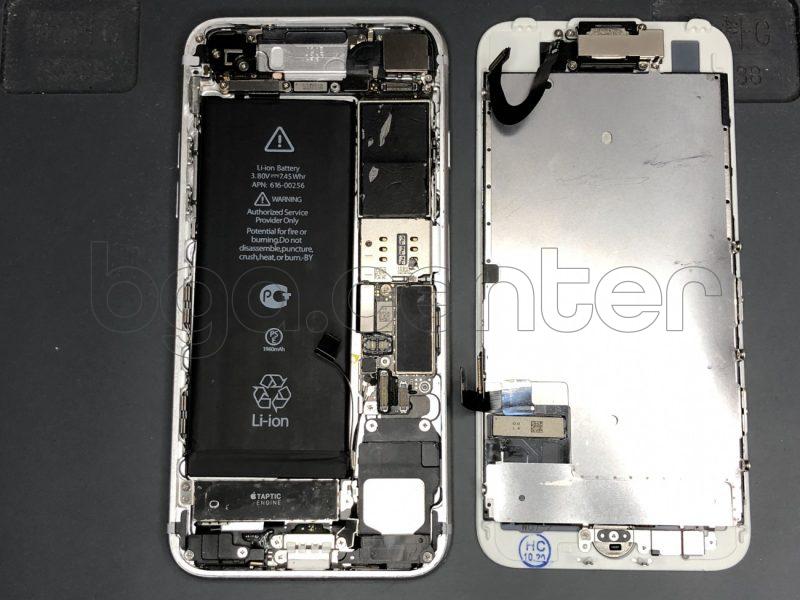 We proceed to the complete disassembly of the phone case: 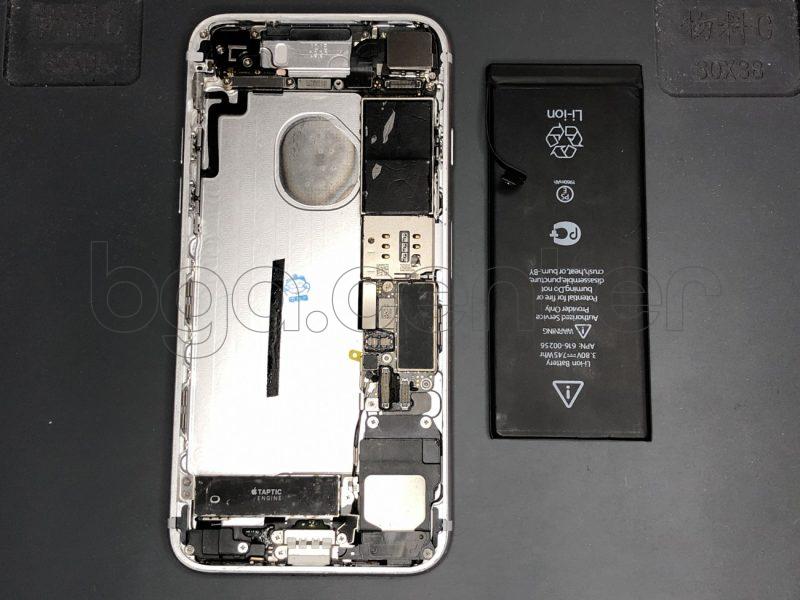 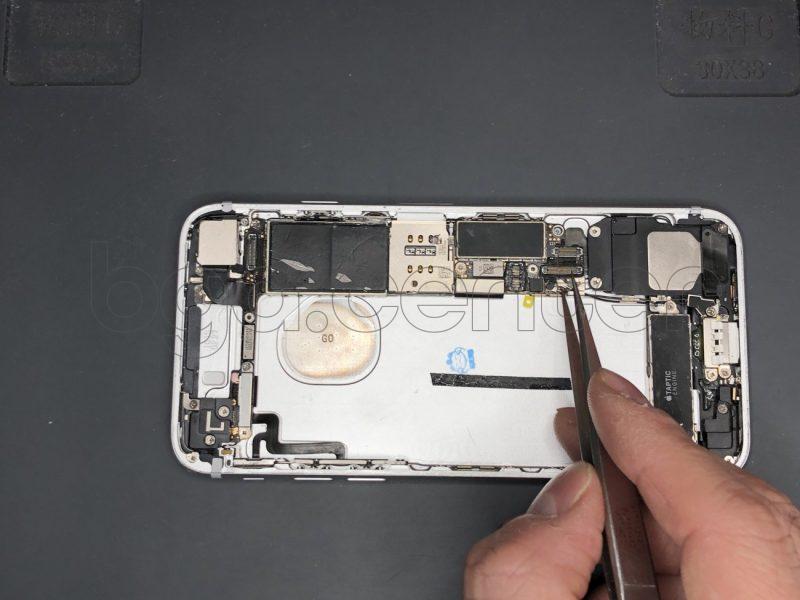 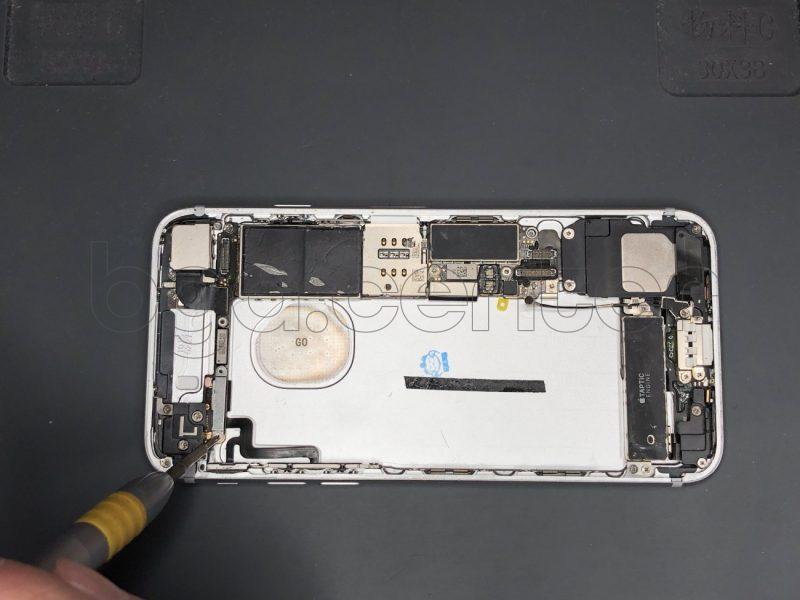 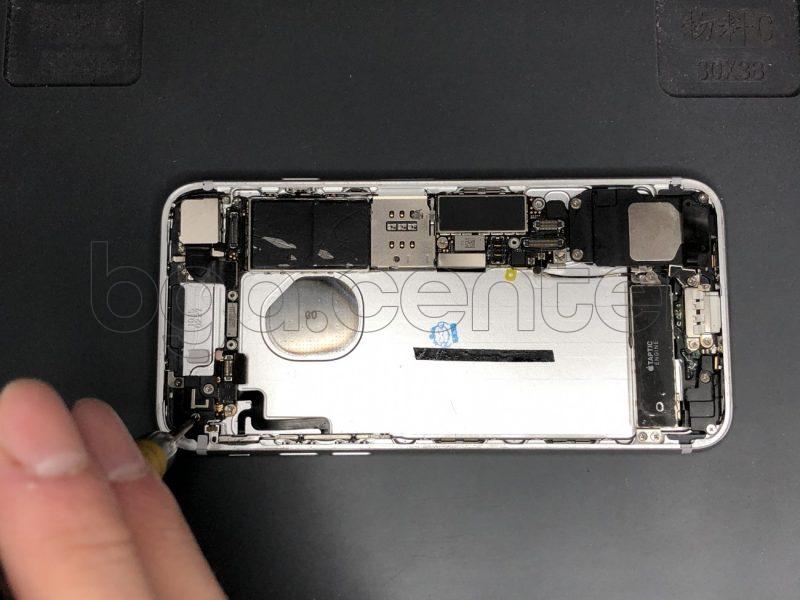 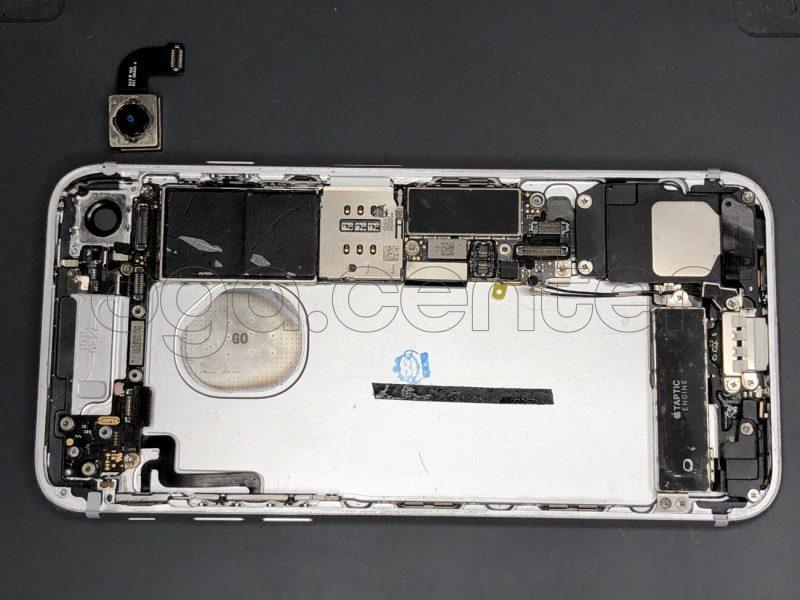 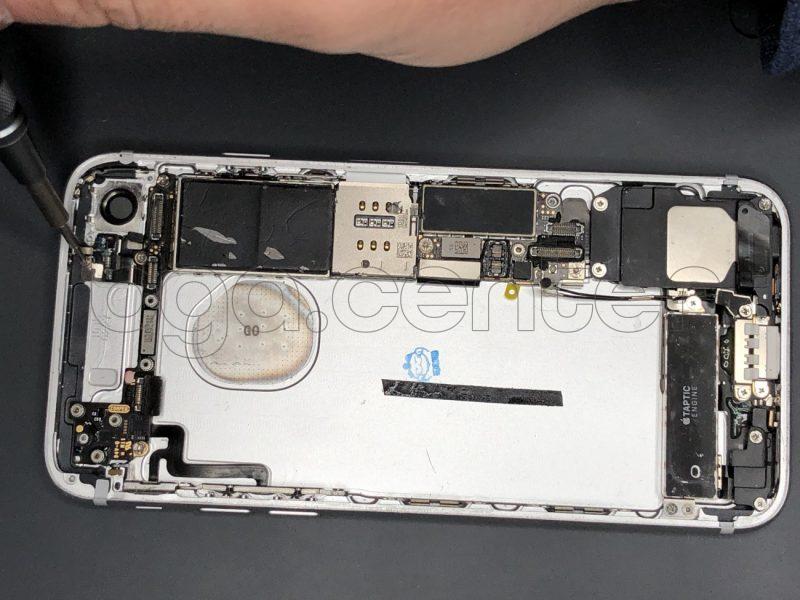 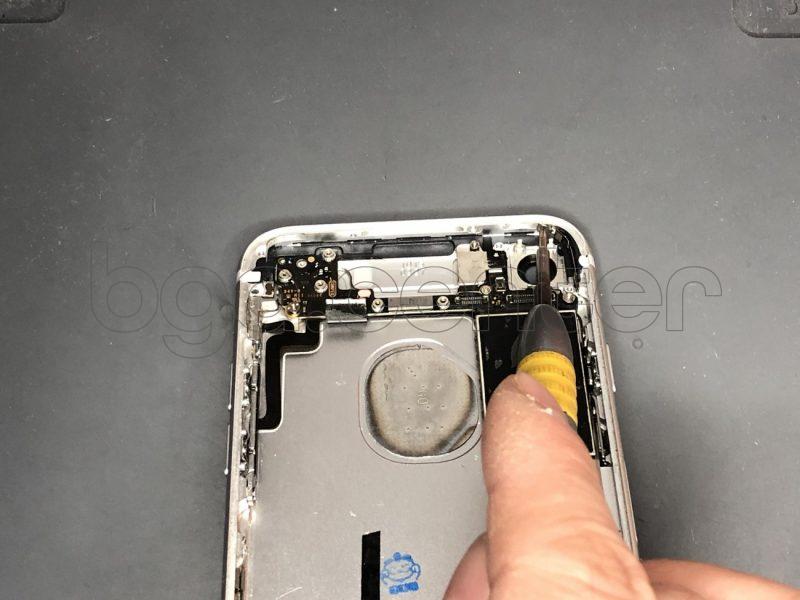 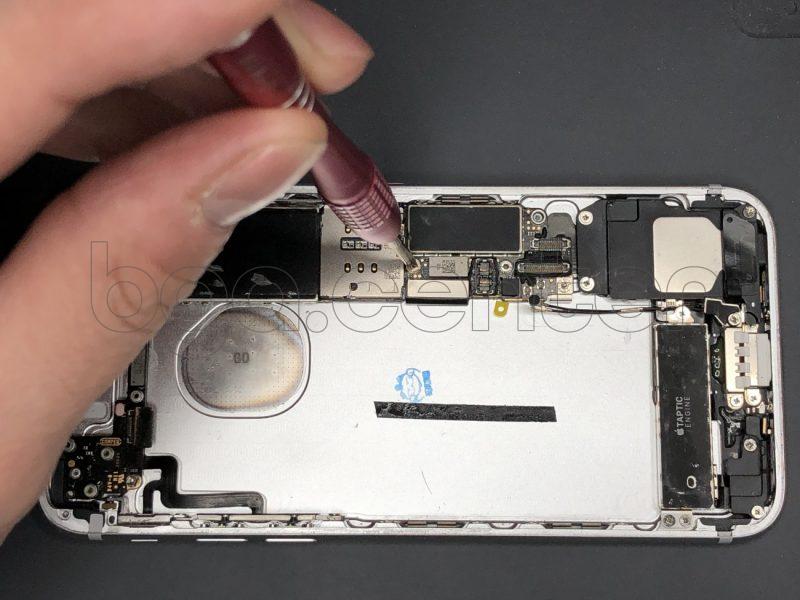 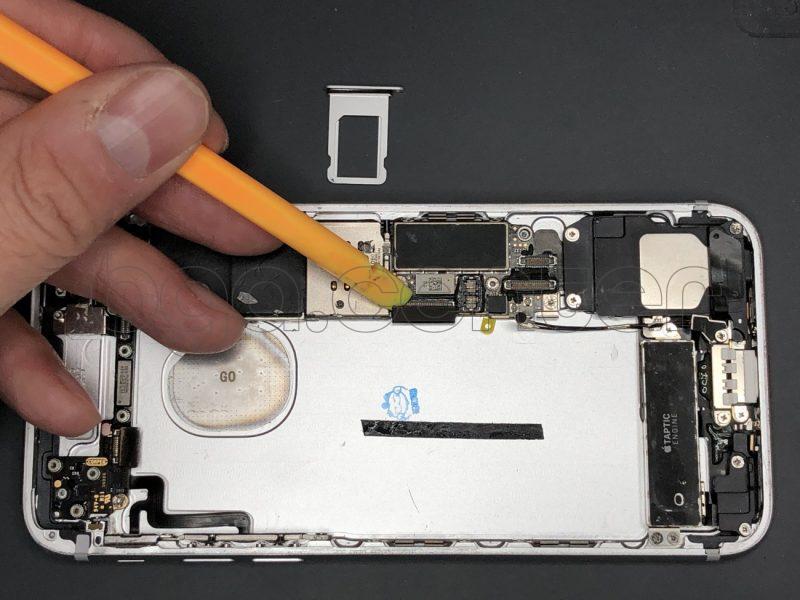 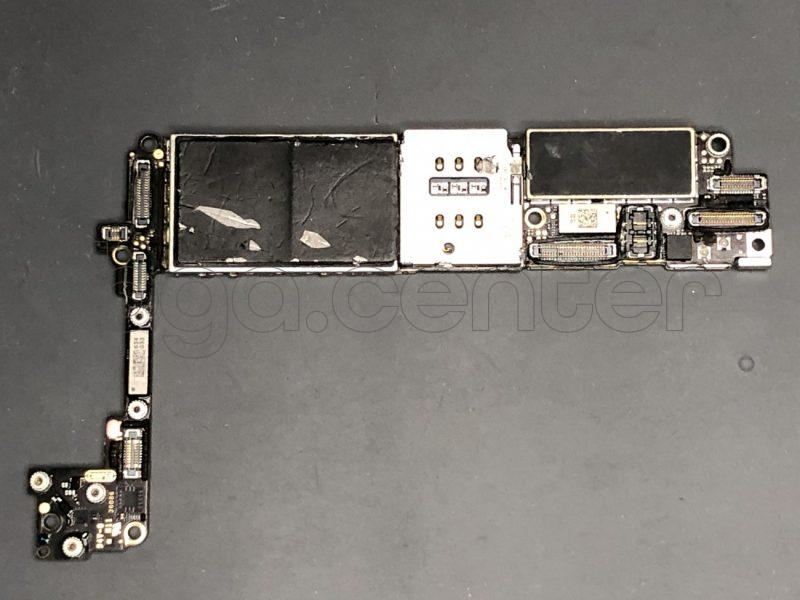 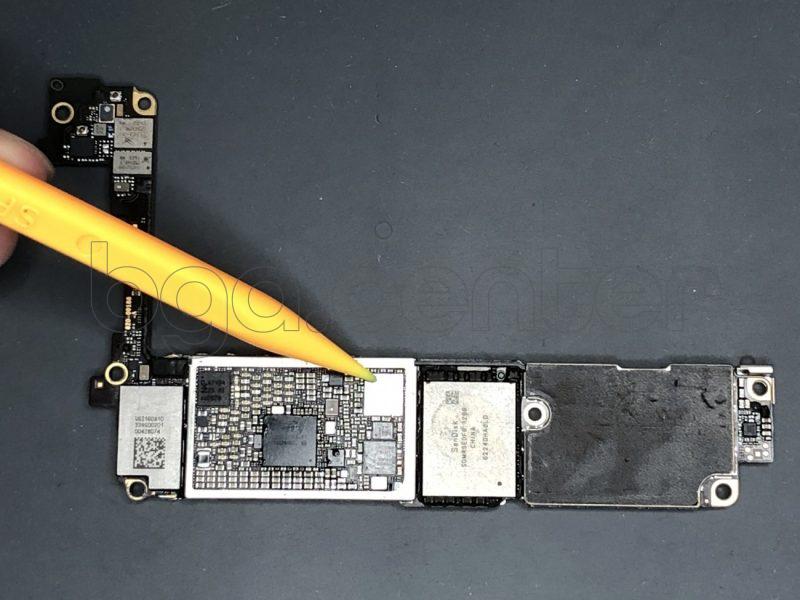 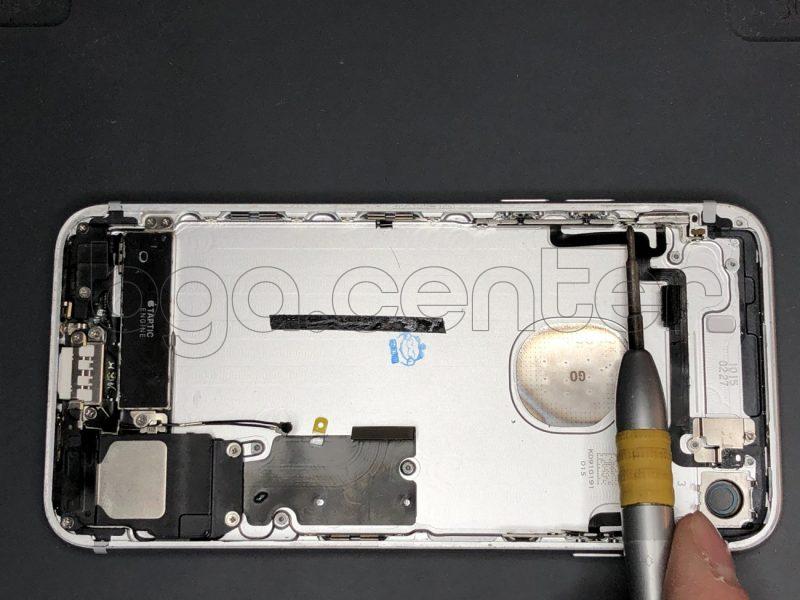 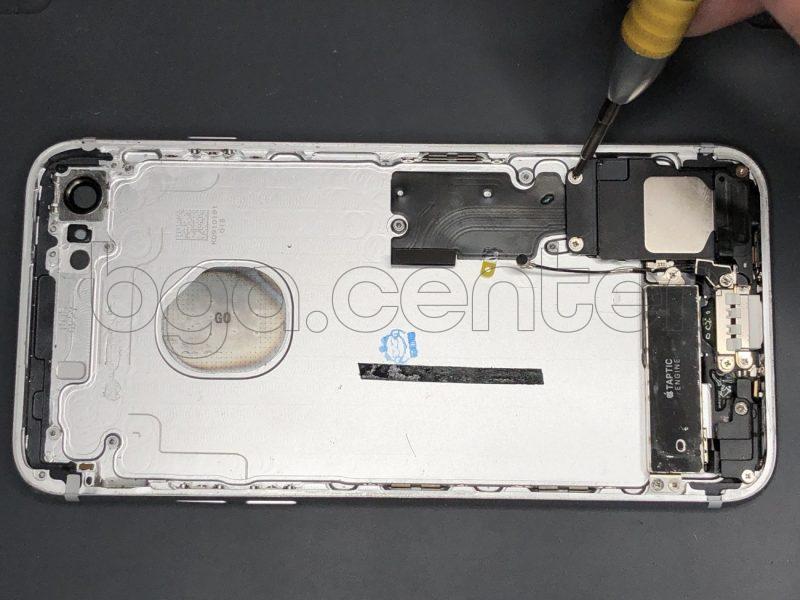 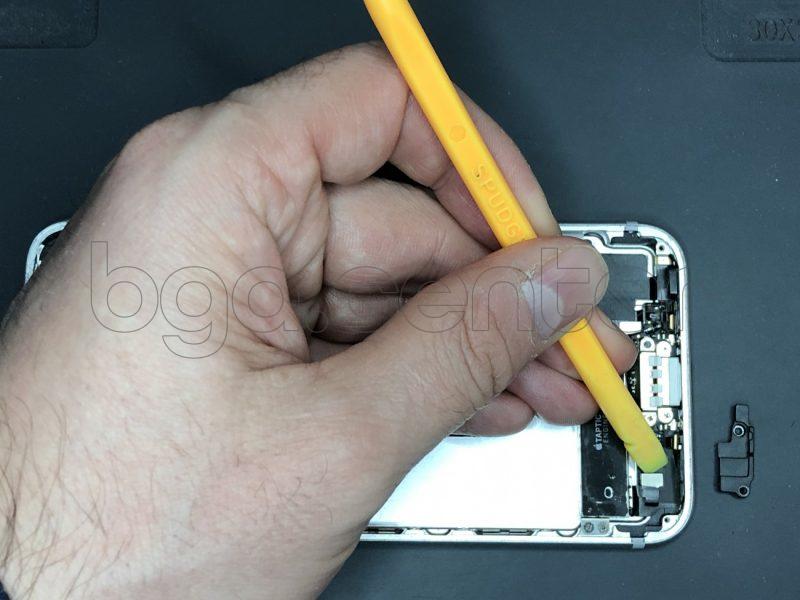 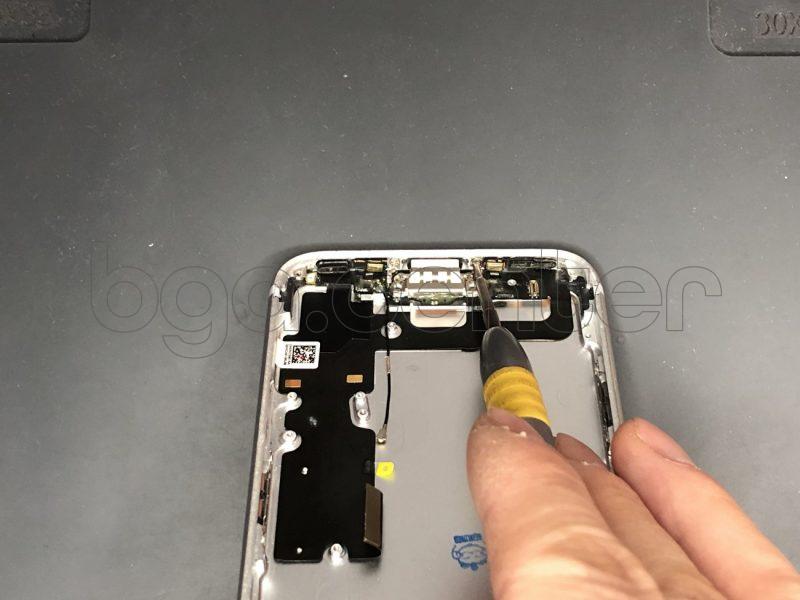 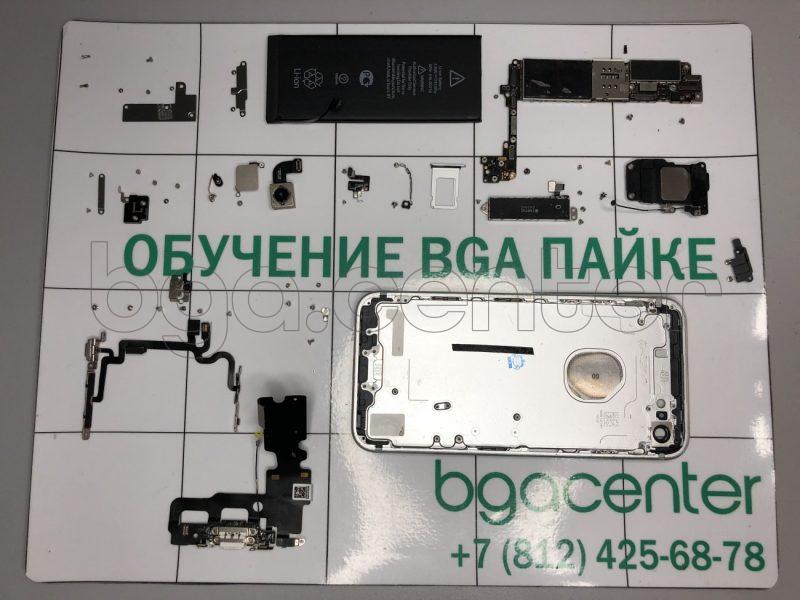 In the composition of the phone there are 3 basic loop. The system loop is diagnosed “at 5 volts”. The main purpose of this loop: charging your phone and syncing with your computer.

On the system loop there are such components as:

The loop of the power button and volume control 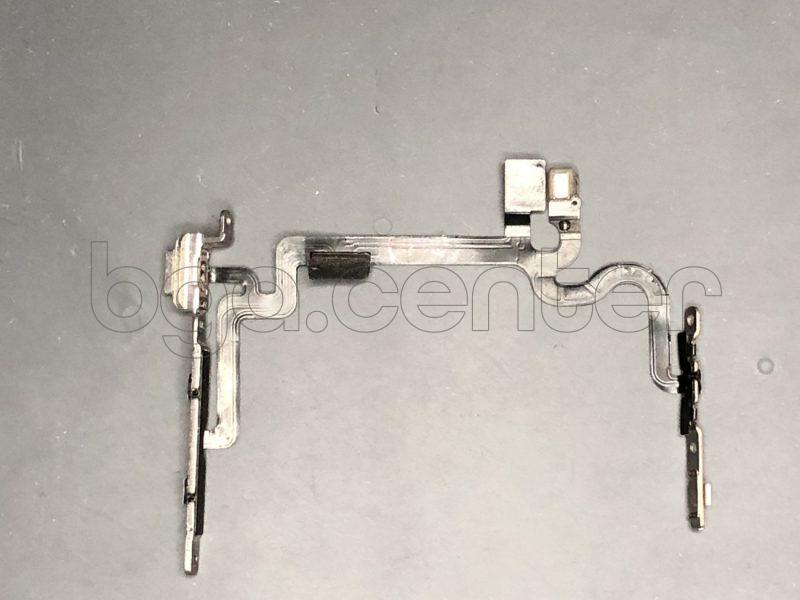 On this loop there are such elements as: 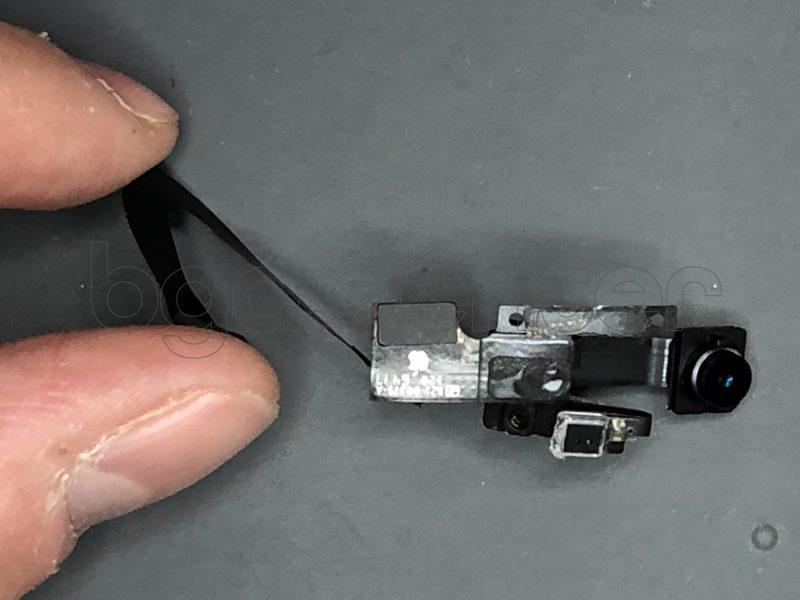 We proceed to the disassembly of the display module: 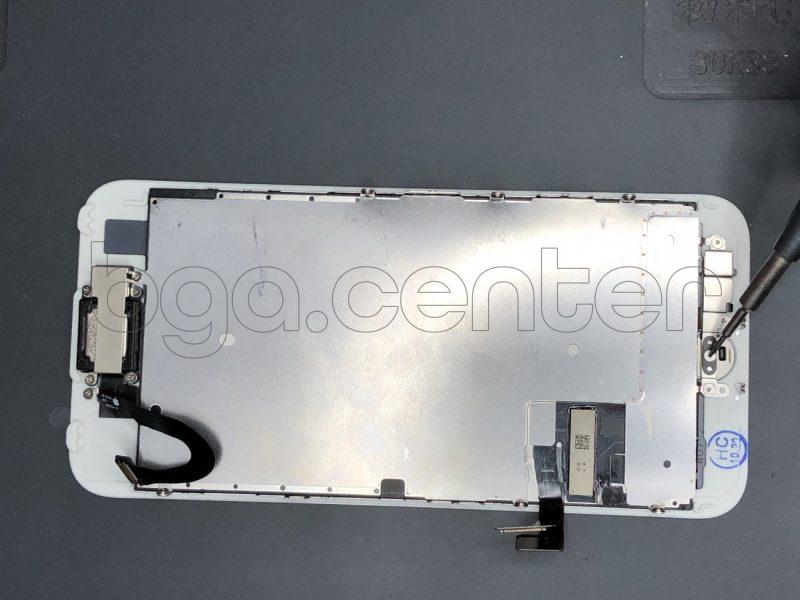 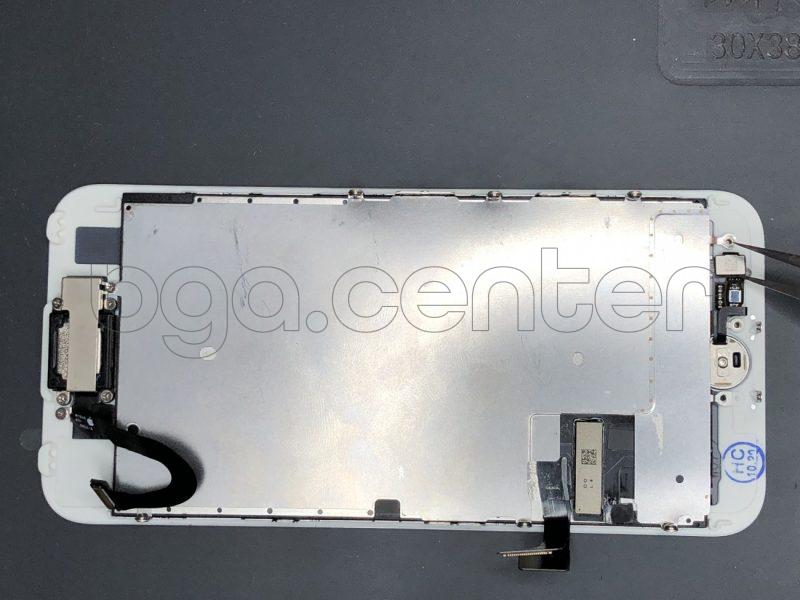 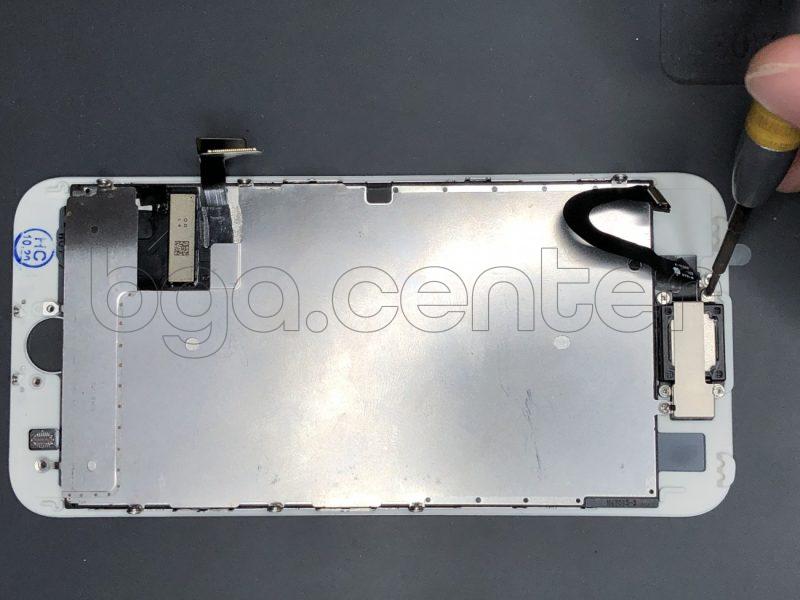 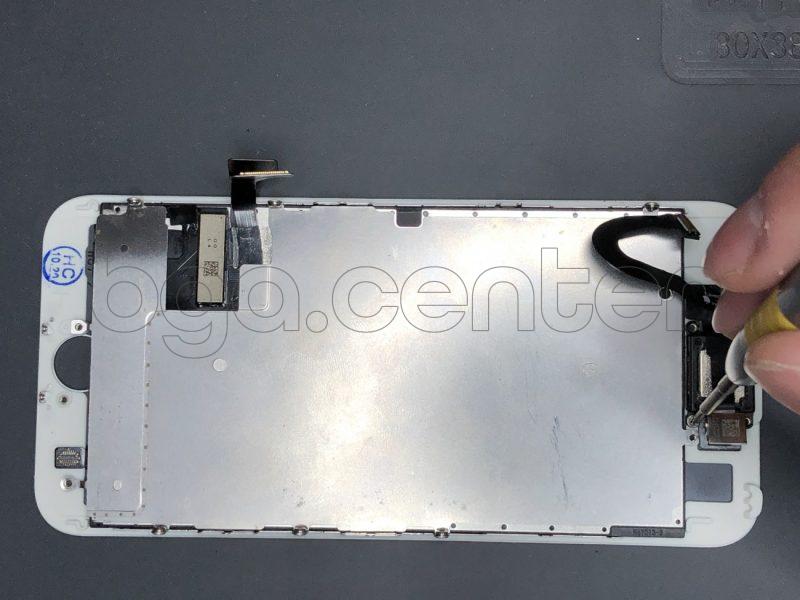 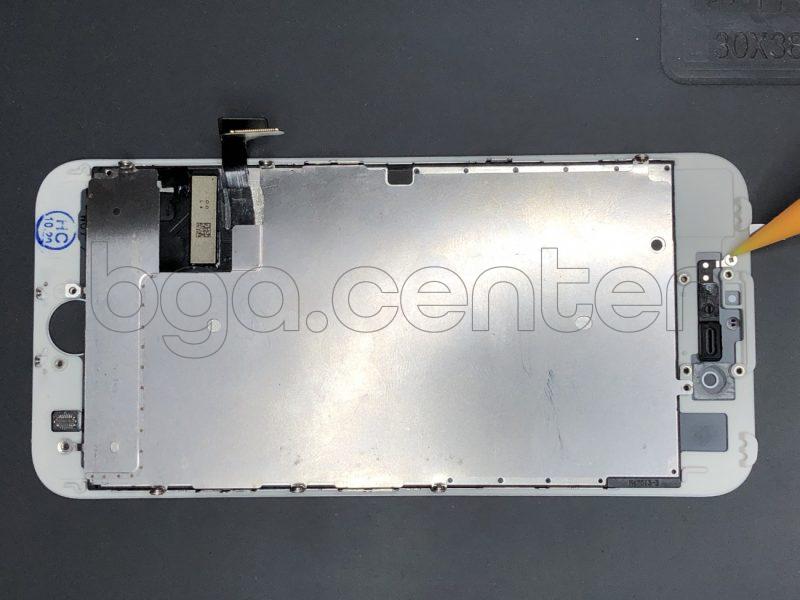 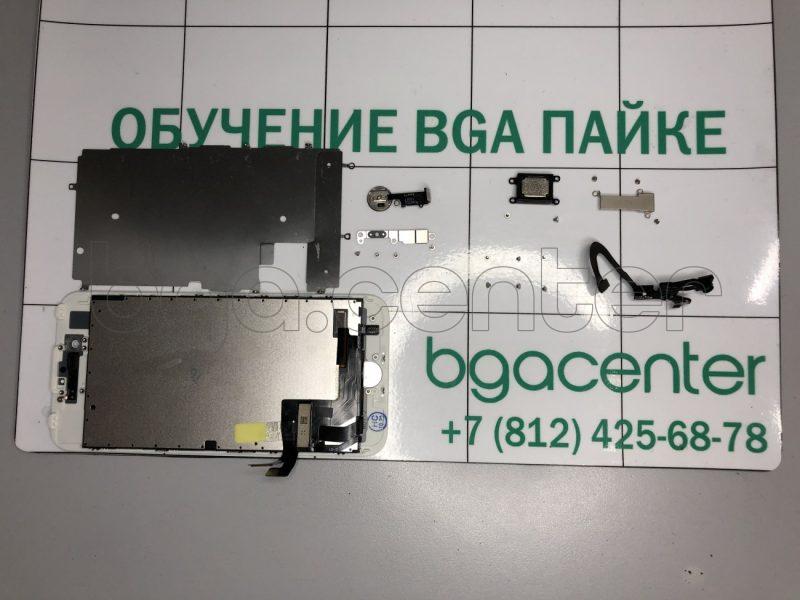 In order to build an iPhone 7, you need to perform the steps in the reverse order. And be sure to perform diagnostics after the complete assembly of the smartphone. You can do this before tightening the Pentalobe screws. 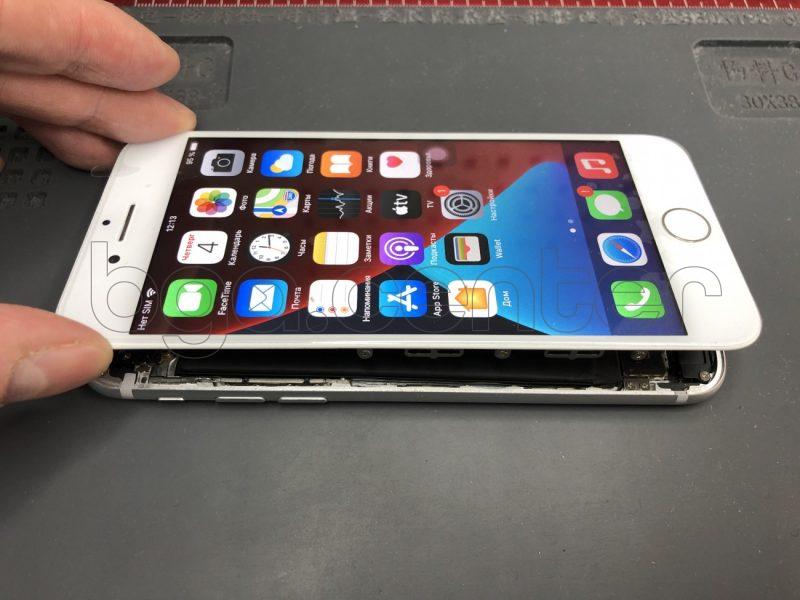 For diagnostics and repairs, we will need the following tools and supplies:

Disassembly of the iPhone 7 is quite feasible independently at home. It is important to perform all the actions carefully and make the” correct ” layout of the disassembled smartphone on the magnetic mat. And remember, the video was shot for educational purposes. The authors of this manual are not responsible for your actions. You perform repairs under your own responsibility. If you do not follow the above recommendations, you may need to replace the board in the iPhone.