
Leave a request
Our specialist will contact you and answer any of your questions
Main — Blog — Guides — How to fix No Service on iPhone 6
 05.12.2018

How to fix No Service on iPhone 6

How to fix No Service on iPhone 6

A customer brought an iPhone 6 Plus to our service center that could not find the network. In the upper left side of the display, the symbol “exclamation mark in a triangle” and the inscription “No service” were displayed. 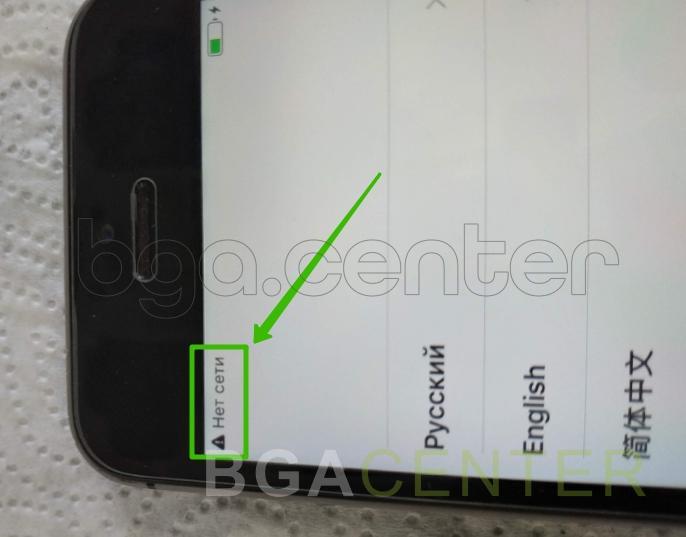 The problem appeared after updating the iOS operating system to version 12.1. The phone on the request * # 06# did not give imei, and also did not call the rescue service 112.

Already at this stage of diagnosis, two faults can be distinguished:

Let’s hope that the modem was not stolen in the previous service. Since Baseband (the designation of the chip in the Zillion x Work software) is not a replaceable part of the phone’s board, so you can’t take it from the donor. There must be a “native” modem for the phone to work.

Before the iPhone 6 Plus was brought to bgacenter, the operating system iOS was reinstalled it in a third-party service, hoping that the phone could be repaired and it detected the network. But it did work. After unsuccessful reinstallation of the operating system, the smartphone can not finish the activation process.

Diagnostics was performed in the following order: 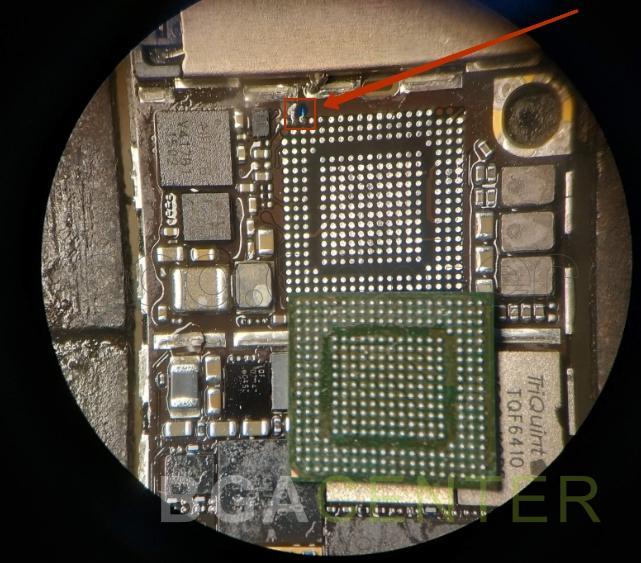 Diagnostics was carried out with a multimeter in diode test mode. No short circuit was detected.

Then we installed a known-good SIM card with a positive balance into the iPhone, launched the board from the LPS and measured the voltages on the group of capacitors, which are the binding of the modem’s power controller U_PMICRF.

All the lines shown in the figure below were measured

Since the modem power controller is working, we decided to solder the chip U_BB_RF. 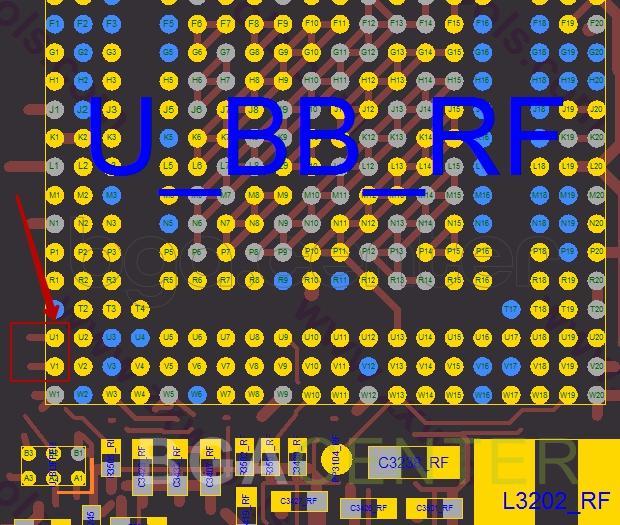 After the mask was fixed, the modem was soldered on the key, having previously rolled it with 0.2 balls

Then we plugged in the lab power supply and made sure there was no short circuit in the primary and secondary power circuits.

After that, we assembled the phone, connected all the antennas, installed a obviously serviceable SIM card and turned on the phone. iPhone 6 Plus immediately “identified” the SIM card and cellular network and then completed the activation. Then we made a diagnosis: checked the operation of cameras, microphones, speakers, Wi-Fi, etc.

We dialed the combination * # 06 # and imei appeared on the phone’s display, which means that the contacts are restored and the modem is installed correctly and works.

Then we checked all 2g, 3g, LTE modes and made a test call. Repair completed.

What tools were used

The following tools was used to repair the “no service” on iPhone 6 Plus:

The duration of the diagnosis and repair of “No service” on iPhone 6 is 1 hour.

The cost of such repairs is 5000 rubles.

We invite you to go through an 8-day training program on diagnostics and bga soldering on professional equipment in our service center.