
Leave a request
Our specialist will contact you and answer any of your questions
Main — Blog — Guides — Wi-fi does not work in iphone
 29.06.2019

Wi-fi does not work in iphone

 Максим Исаев
 Reading time: 3 min
 447
Содержание скрыть
Repair wi-fi, replace the module and restore the wi-fi function on the example of iPhone 7
An example of a real task and the use of bga soldering for repair a device
iPhone 7 diagnostics
Wi-fi does not work in iphone
Conclusion

Repair wi-fi, replace the module and restore the wi-fi function on the example of iPhone 7

In today’s world, few people will remain indifferent to the situation when the wi-fi module has stopped working in your device. Using the iPhone 7 as an example, we will show you how to find and eliminate this malfunction – we will return the much-needed function to the device and delight its owner. At bgacenter, we will teach you how to make money on such repairs.

Customer brought iPhone 7 for repair at bgacenter with fault: wi-fi is not working 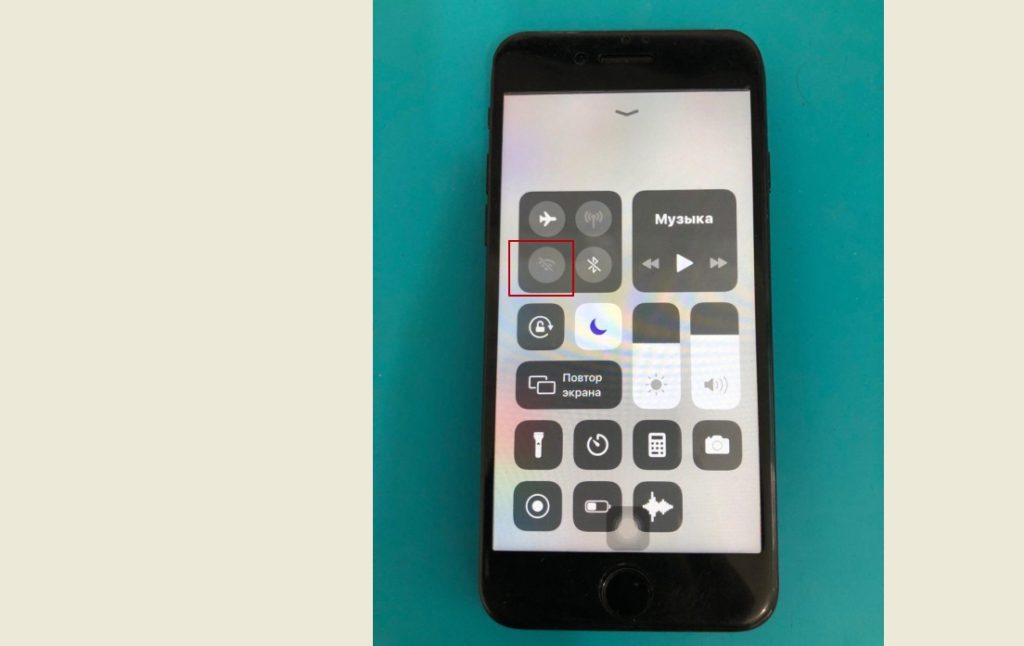 Most often, such a malfunction occurs after the device falls.

Wi-fi does not work in iphone

After disassembling the phone, we made a visual inspection of the board for the presence of:

Inspection of the board showed nothing.

It was decided to measure the voltage in the power circuits of the WLAN_RF chip. 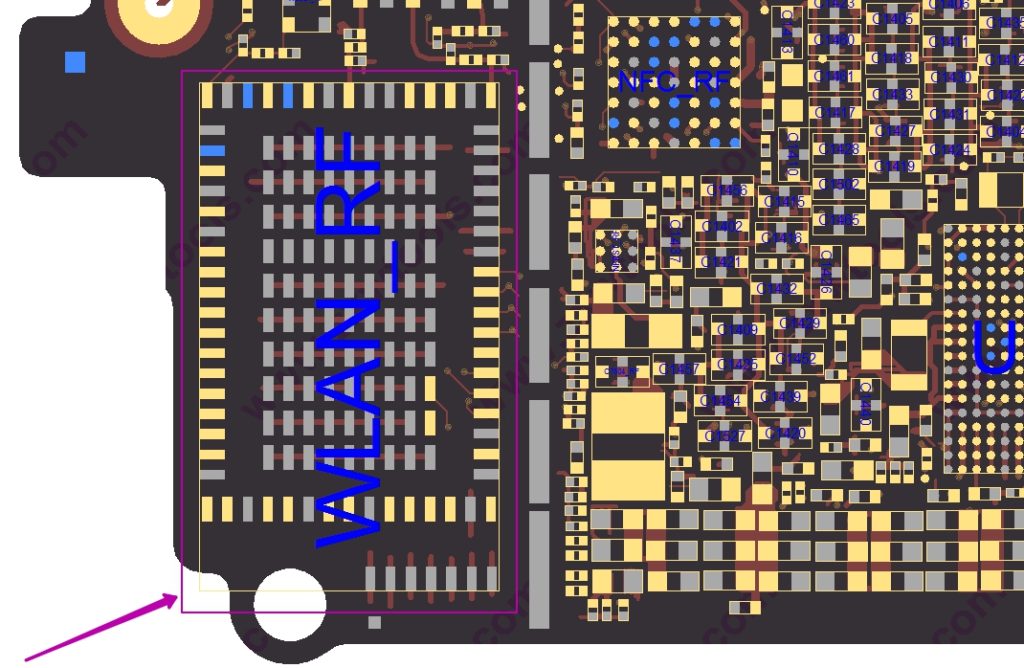 The following problems are possible:

It was decided to dismantle the Wi-Fi module.

During the installation of Wi-Fi, heat sinks were used in order to prevent overheating of adjacent chips. 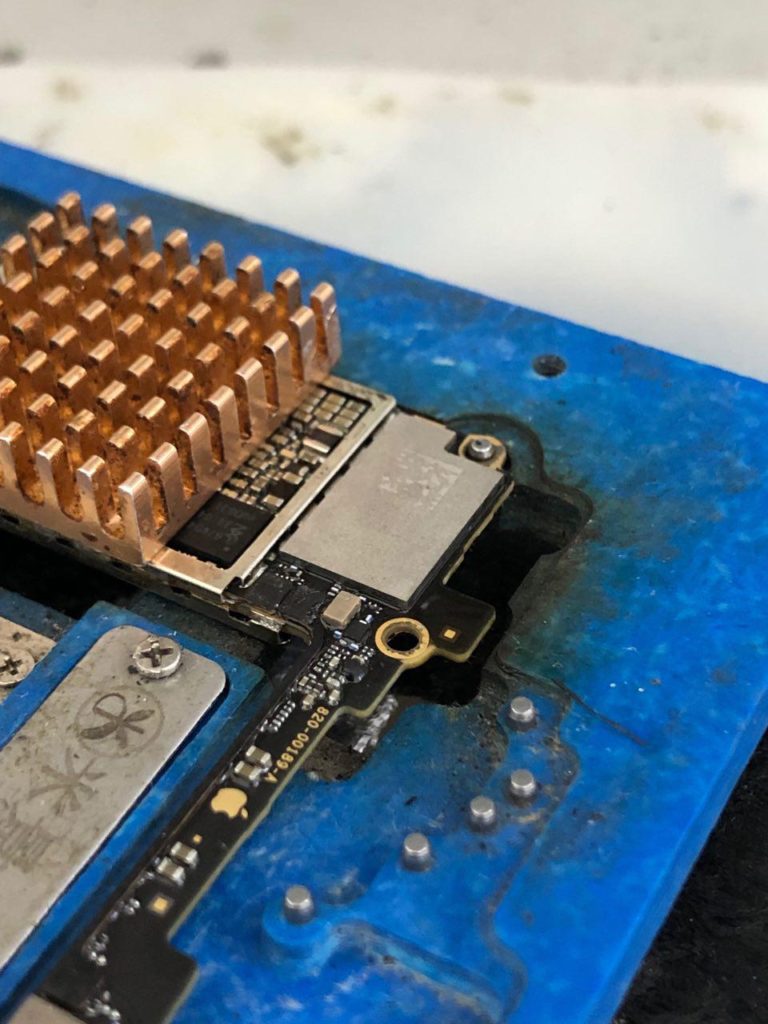 Before turning on the phone, we made sure that there was no short circuit by connecting the board to the laboratory power supply and applying voltage to it.

Then we installed the board in the phone case, turned on and checked the iPhone – the Wi-Fi chip is active. 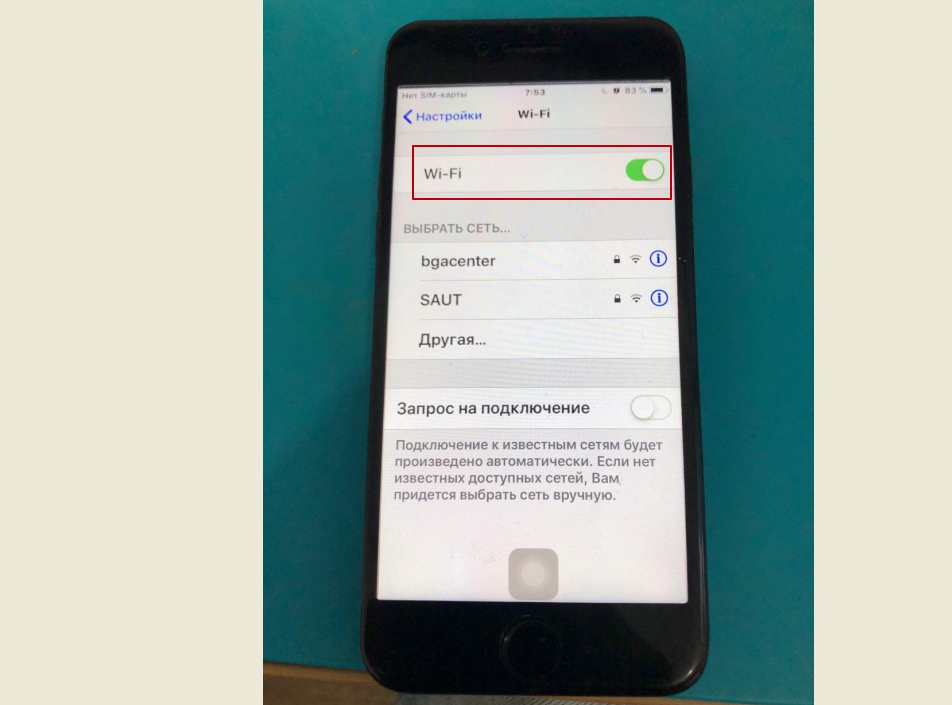 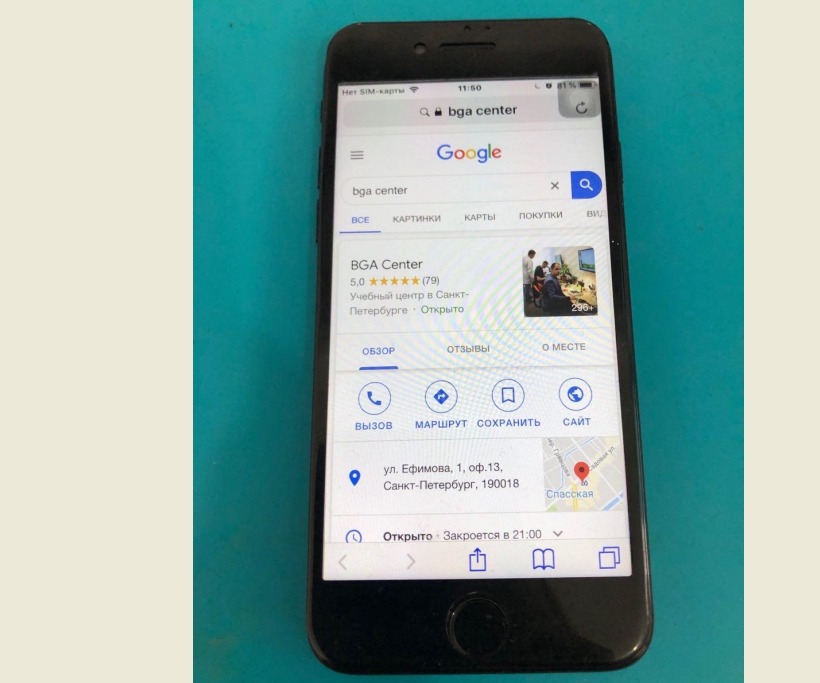